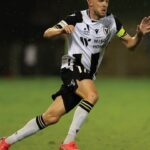 The first Macarthur FC defeat of the season – a 3-0 drubbing at the hands of a slick Sydney FC at Campbelltown last night – is not as bad as it looks on paper. The scoreline certainly doesn’t reflect how close the two sides were. And while Bulls coach AnteRead more » 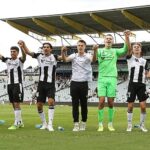 Daniel de Silva celebrates his first goal for the Bulls. Macarthur FC’s comeback 2-1 victory against Newcastle Jets at Campbelltown yesterday showed once again that this team has character. Their preparation for the return to Campbelltown was a shambles, thanks to the increasingly tense Covid situation. Coach Ante Milicic saidRead more » 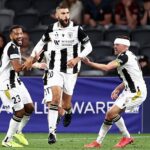 When Macarthur FC finally run out on to the field at Campbelltown Stadium for the first time next Sunday they will do so as competition leaders. The Bulls jumped to the top of the A-League ladder after their 2-0 win over Western Sydney Wanderers last night at Parramatta. The victoryRead more » 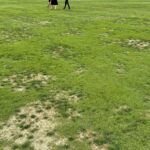 Campbelltown Stadium was ruled unfit for play more than two weeks ago. An inspection at 9am tomorrow morning will determine if the playing surface of Campbelltown Stadium will be ready in time to host the next home game of Macarthur FC. The Bulls head to Parramatta this Saturday to takeRead more » 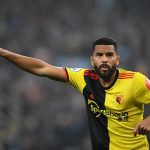 Macarthur FC have made another canny recruiting move, with experienced English Premier League defender Adrian Mariappa joining the herd. Mariappa has amassed more than 150 Premier League appearances with Watford, Reading and Crystal Palace. The impressive defender joins the Bulls from Bristol City. He will bring to the Bulls squadRead more » 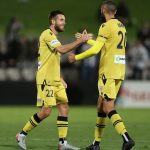 Despite the disappointment of knowing their home ground will continue to be unavailable in the short term, Macarthur FC produced an almost perfect performance last night in their 1-0 win over Sydney FC. A goal by Lachie Rose 17 minutes into the first half was all the Bulls needed toRead more » 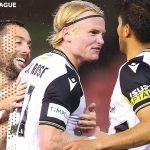 Macarthur FC have returned home with one point from their opening round A-League match with Wellington Phoenix in Newcastle. A clever drive along the ground from youngster Lachie Rose (pictured above celebrating) 61 minutes into the match made it 1-1 on the scoreboard – which was the final result. TheRead more » 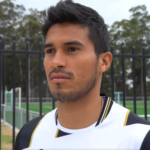 Ulises Dávila will give the captain’s armband its first run when Macarthur FC take on Newcastle Olympic FC in the FFA Cup round of 32 this Saturday evening. Davila was anointed Bulls skipper when goalkeeper Adam Federici, who had been slated to take over from Mark Milligan, was forced toRead more » 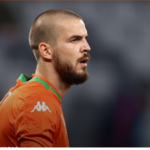 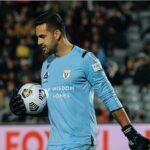 When Macarthur FC open their season at Campbelltown Stadium on Sunday, November 21, missing from between the sticks will be the tall figure of goalie Adam Federici. In the club’s inaugural A-League season Federici played 28 matches for the Bulls, who went within a whisker of making the grand final.Read more » 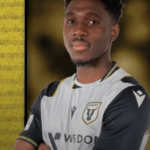 Macarthur FC new signing Al Hassan Toure loves the cow bells fans ring when the team scores. And the 21 year old has declared he wants to make those bells ring as often as possible, especially at the club’s home ground, Campbelltown Stadium. “Witnessing the bells last year at CampbelltownRead more » 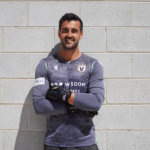 Adam Federici’s a chilled dude who loves surfing down the South Coast, enjoys a round of golf and relaxing with family and friends. And he is pretty sure that none of these leisurely pursuits will change now that he’s captain of Macarthur FC. The Bulls goalkeeper with a cool headRead more »