Look what’s just popped up in a Catherine Field street. It looks like an old red phone booth, only bigger, and it’s full of books. Yes, believe it or not it’s a community library – and of course it has a Covid-19 context. Built by the Sykes family as anRead more »

Children and their carers can tap into their senses with a series of art activities and materials from the Campbelltown Arts Centre’s new Make Box program. As part of the Campbelltown 2020 program celebrating our local history, heritage and culture, people can purchase the take home boxes containing art makingRead more »

We’re all in agreement that 2020 is a hell of a year and 2019 wasn’t much better. Do you remember that water restrictions started coming in last year, which were followed by bushfires that had all of us worried sick. Much of NSW was in drought and is only nowRead more »

This Saturday night Campbelltown Sports Stadium will be the venue for the NRL round 5 clash between Wests Tigers and the Canberra Raiders. So it’s as good a time to recall that almost 40 years ago, in 1981, a Campbelltown based bid for entry into top level rugby league justRead more »

It was pure coincidence that a day before the announcement that a string of local newspapers would close we received the picture above. The picture ran under a headline that said: What’s everyone reading? It was created by Daniel Currinckx, who is the sports program coordinator at the South WestRead more » 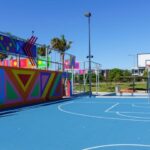 A popular former mayor, aristocrats from England and successful migrants were among those honoured when Camden Council chose names for nine new parks in Oran Park. It means that now there is a Brooking Park, named after Frank Brooking, who was mayor of Camden from 1993 to 1997. Brooking, whoRead more »

What’s the buzz when we’re in iso? Be a Busy Bee, that’s what. Be a Busy Bee is a new section of Campbelltown Council’s website. There you can find a range of material to help you make your home more sustainable or enjoy outdoor activities while practising social distancing. BeRead more »

Mission Australia’s Youth Survey 2020 is now open, with the charity extending the opening period to encourage as many young people as possible aged 15-19 in outer South West Sydney to have their say. Now in its 19th year, the Mission Australia Youth Survey is the largest online survey ofRead more »

This is Holy Week for most Christians, but not as we know it. Coronavirus has managed what anti-religious movements have failed to do: all places of worship have been ordered to close their doors as part of the restrictions on public gatherings. That is why Christian churches, from Anglican toRead more »

Are we there yet? Having decided to drive to Melbourne for a State of Origin match in May 1995, the four children must have had a caucus meeting before we left the house. We lived at St Andrews in those days, so we headed south along Campbelltown Road just afterRead more » 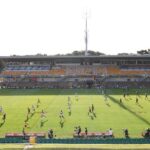 Being a journalist, I have dreaded Monday mornings all my working life. You’d wake on a Monday, sometimes with a fierce hangover, and still your first thought was, how are we going to get through all that weekend sport. It was the same again six years ago after leaving theRead more »

This little part of Campbelltown’s beautiful, pristine bushland has just gained some special decoration. This old spa was dumped by some scumbag in Kentlyn, near Georges River Road earlier this week. Fingers crossed this selfish loser is not a reader of the South West Voice, but hopefully someone who isRead more »