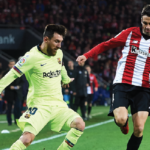 With two Spaniards in the squad Macarthur FC fans will be able to sing, Ole, Ole, Ole during games – as well as ring those already famous noisy cowbells. This morning the Bulls announced the signing of Spaniard midfielder Markel Susaeta for the club’s debut season in the A-League. It’s a move that will also… Read more » 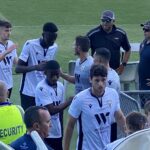 As the countdown to their first ever A-League match continues, Macarthur FC are still adding to their squad. Their latest catch is a good one: experienced Spaniard Beñat Etxebarria. The former Athletic Bilbao central midfielder becomes the third international of the A-League newcomers. Beñat will join the Bulls after completing the mandatory 14 days quarantine for people coming to Australia from overseas. The 33-year-old… Read more » 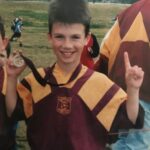 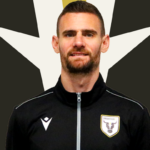 Macarthur FC Bulls head coach Ante Milicic now has an even dozen in his squad after snaring the signature of Sydney born defender Aleksandar Jovanovic. The towering 196cm stopper, who has plied his trade in both Europe and Asia, has never played professionally in Australia. Now he is set to make his mark in his… Read more » 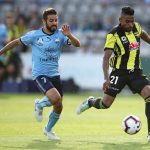 Macarthur’s own A-League team won’t kick a ball in anger until August 2020, but Campbelltown Sports Stadium will offer local football fans plenty of action before that. To start with, Campbelltown Sports Stadium has been announced as the venue for a match between A-League teams Wellington Phoenix and Sydney FC on February 23 next year… Read more » 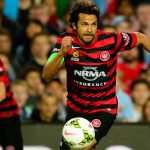 The departure on Monday of Nikolai Topor-Stanley is the end of an era even for a young club like the Western Sydney Wanderers. Following four incredible seasons in the Red & Black, two as captain, the big defender has signed with a club in the United Arab Emirates but he left with the blessing of… Read more » 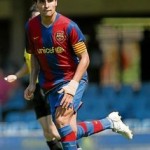 Western Sydney Wanderers have secured the signature of Spaniard Dimas Delgado on a one year deal. The 32-year-old holding midfielder joins countryman Andreu at the club with a well credentialed playing history in Spain’s Segunda División. Starting his career at lower league side Gramenet before signing for Barcelona, Dimas spent one season in La Liga… Read more »