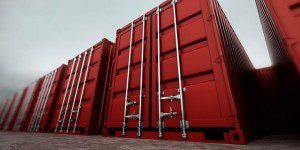 Residents opposed to the intermodal plans were able to state their case on Tuesday to the planning minister Pru Goward.

NSW Planning Minister Pru Goward has told a delegation from RAID, the community action group opposed to the plans for a Moorebank intermodal terminal, that their concerns would be carefully considered.

The delegation asked that the minister reject the proposal.

“She seems to have a sympathetic ear to our cause,’’ said one member of the delegation, John Anderson, chairman of RAID.

“We left the meeting with a sense of optimism,’’ he said.

The meeting, held on Tuesday, was also attended by RAID’s Allan Corben and Erik Rakowski.

As well as the minister, also in attendance was her advisor, the NSW Planning director of major infrastructure, two other officials and the State Member for Menai Melanie Gibbons.

The meeting lasted for an hour and a number of subjects were discussed.

“The minister was presented with a summary of our claims why the Moorebank Intermodal cannot possibly work and the two books published by the Traffic Modellers in Chipping Norton,’’ Mr Anderson said.

The meeting was told that submissions in the Moorebank Intermodal Company (MIC) environmental impact statement were now with MIC.

Once the MIC submits its responses to the submissions, it would probably mean that the project would have to be re-exhibited again.

“I reminded the meeting that the health risks for residents who lived as close as 400 metres to the project was a major concern and residents would be facing a much elevated cancer risk,’’ Mr Anderson said.

“We explained that Eastern Creek is the prime area for most of the cargo as that is where most warehouses are situated and as such that is where the intermodal should be situated.’’

More than 40 years experience in the news media, most of them as editor of local newspapers across the Sydney metro area, but a few years working as a sub-editor with the metros. Lots of awards, both as a reporter and editor, but says he values just as much Community Service Awards from Campbelltown City Council in 2004 and 2016. Took a voluntary redundancy in 2014 from Fairfax Community Newspapers after 21 years there. Loves the digital world, because ''there's no question it's the future''. Eric promises his hard hitting but fair approach won't change when he reports the news via cyber space.
View all posts by Eric Kontos
Business cleans up its act in laneway
Premier’s award recognition for Ingham Institute pancreatic cancer research