More than 40 years experience in the news media, most of them as editor of local newspapers across the Sydney metro area, but a few years working as a sub-editor with the metros. Lots of awards, both as a reporter and editor, but says he values just as much Community Service Awards from Campbelltown City Council in 2004 and 2016. Took a voluntary redundancy in 2014 from Fairfax Community Newspapers after 21 years there. Loves the digital world, because ''there's no question it's the future''. Eric promises his hard hitting but fair approach won't change when he reports the news via cyber space. 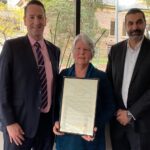 Just after former Campbelltown mayor Paul Hawker passed away earlier this year, local MP Greg Warren stood up in state parliament and delivered a beautiful eulogy. It is worth noting that this was a Labor politician in generous praise of a Liberal mayor. But with a few exceptions, that’s how we do things in Campbelltown…. Read more » 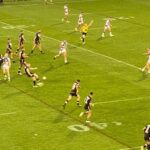 If Wests Tigers play as poorly this weekend against the Sharks as they did against the Knights in Campbelltown on Sunday, they will be in for a long day at the office. They were missing in action for the first 40 times in what can be described as a diabolical effort coming after a month… Read more » 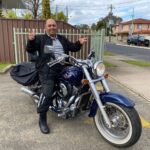 The man behind Guru Driving School, Mandar Tamhankar, will hit the road himself on August 21 for an epic trip around Australia. And as he tells the South West Voice in Macarthur this morning at his Glenfield office, for this journey he is combining his life long connection to road transport with a desire to… Read more » 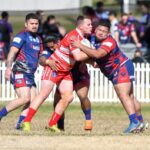 East Campbelltown Eagles have shot to the top of the Macarthur Conference premiership ladder after another superlative performance yesterday. The Eagles comfortably disposed of Campbelltown Collegians at Bradbury 58-4 to pocket the two premiership points. A massive points for and against differential has them top of the ladder even though they have the same number… Read more » 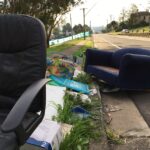 Campbelltown Council wants to ramp up its fight against rubbish dumping, but says it needs financial help from the State Government. A report to council for tomorrow night’s meeting says an illegal dumping program financed by the state for four years government was making headway. However, funding for this program ended in April, and council… Read more » 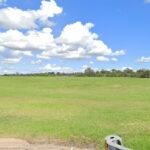 In its State of Play Strategy 2016-2036, Campbelltown Council identified Midlothian Reserve, St Andrews as a suitable location for a new district park. The strategy recommended the creation of a district park at Midlothian Reserve in three to five years. But as local MP Anoulack Chanthivong points out, it has been six years since then… Read more » 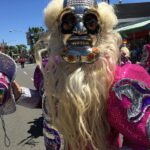 However you look at it, the street parade was what made the Fisher’s Ghost Festival for more than 60 years. The parade brought so many things together, the biggest being that Campbelltown was a tight community. My family came here in 1981, a couple of years after I started covering council news as a young… Read more » 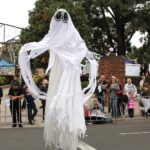 Campbelltown mayor George Greiss says he understands why people are upset the parade won’t be a part of this year’s Fisher’s Ghost festival. “Like many other Campbelltown residents I enjoyed the parade and I was looking forward to watching it with my son one day,’’ he told the South West Voice in Macarthur this morning…. Read more » 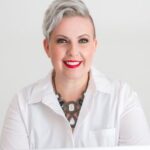 Running a small business takes so much time there’s rarely any left for things that are critical to monetising any venture. You know the story: we turn a passion or skill into a business, but we virtually leave the business side – the monetising – to chance. Sure, the products or services we offer are… Read more » 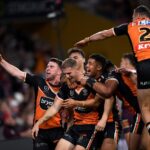 Wests Tigers fans were calling on the club to give Adam Doueihi a lifetime contract after his superlative performance in the 32-18 victory over the Broncos last Saturday night. And who could blame them. Since his return from injury in the past few weeks, Doueihi has inspired his teammates to the point where the Wests… Read more » 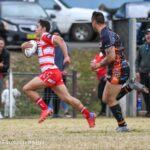 Camden Rams continue to lead the Macarthur Conference – Group 6 premiership after 16 rounds with 22 points, four clear of second placed East Campbelltown Eagles. Both of the top sides recorded victories in round 16, with the Rams piling more than 50 points on newcomers Campbelltown Collegians, who were competitive for much of the… Read more » 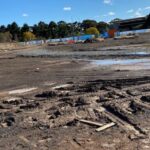 The fear and loathing of the Campbelltown Billabong Parklands project has been extraordinary. In 40 years of covering the news in the area, I cannot recall another council initiative that has received so much opposition. And it’s not just opposition; there is actually a lot of anger out there in Campbelltown ratepayer land about spending… Read more »