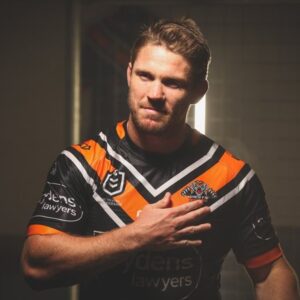 After the Wests Tigers put on a miserable performance in losing to the NZ Warriors 26-20 last Friday night they copped a decent size social media pile on. There were a lot of upset fans speaking out but there was one that stood out. “I’ve seen this Wests Tigers performance 100 times,’’ was the comment on Twitter, and whoever it was that wrote it was spot on. You could visualise hundreds of fans nodding vigorously after reading such a comment. And no wonder the coach’s plastic chair in the sheds went flying backwards at the half time break. Way things… Read more »

Heat is on as top four starts to take shape

A clear top four is starting to emerge in both the men’s and women’s competitions of the 2020 Ottimo House M-League. Oran Park, Gunners, Tigers and Narellan have broken away from the rest of the pack after six rounds of the men’s competition. In the women’s competition it’s a similar story, with Camden Tigers, Ingleburn, Narellan and Oran Park leading the pack so far. Meanwhile Harrington United are still to break their duck after going down at home 3-2 to Narellan in the M-League men’s premiership match of the round, pictured. Harrington were desperate to secure their first points of… Read more »

Group Six rugby league finally returned to the playing fields of Macarthur and Wollondilly on the weekend. And while the absence of powerhouses Camden Rams and Picton Magpies will be missed, round one showed that there will still be plenty of highlights over the next six weeks. The Campbelltown City Kangaroos started with a bang, defeating the Narellan Jets 26-12 in a gritty encounter at Crane Oval yesterday. But the Kangaroos were also celebrating a big milestone: the club’s first ever women’s rugby league team playing for premiership points. To put it into perspective, that’s the first time in 112… Read more »

Predictably all the talk so far about Sunday’s NRL clash between Wests Tigers and St George Illawarra has centred on the face off between the old bull, Benji Marshall, and the young gun who took his spot, Luke Brooks. For Benji maybe this match is one he has been dreadingRead more » 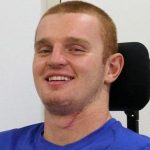