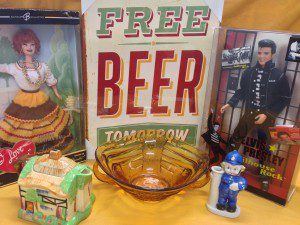 Vintage fun raises funds for the Kids of Macarthur

Roll up, roll up, folks: The annual Vintage 50s and Collectables Fair is just around the corner once again.

This event, which raises funds for one of the south west region’s most important charities, has moved and will be held for the first time at The Cube, Campbelltown Catholic Club on Sunday, August 24.

Doors open at 9am and there will be gift bags filled with goodies for the first 50 visitors.

Everything from yesteryear will be on sale including household items, art deco, military memorabilia, antique smalls, dolls toys and much, much more.

Entertainment throughout the day will include old time songs, dancing and a rock and roll exhibition.  There will be a fashion parade competition at 1.30pm so come along dressed in your best 1950’s outfit.

Lucky door winners will be announced every hour and there is a raffle with some iconic prizes.

All money raised on the day will go to Kids of Macarthur Health Foundation.

The foundation purchases paediatric medical equipment for our local hospitals and community health centres that is not covered by government expenditure.  In other words if the foundation does not purchase it – it will not be available in Macarthur to treat our sick children.

Purchase your tickets at the door – $7 for adults – $2 for children – no concessions.

More than 40 years experience in the news media, most of them as editor of local newspapers across the Sydney metro area, but a few years working as a sub-editor with the metros. Lots of awards, both as a reporter and editor, but says he values just as much Community Service Awards from Campbelltown City Council in 2004 and 2016. Took a voluntary redundancy in 2014 from Fairfax Community Newspapers after 21 years there. Loves the digital world, because ''there's no question it's the future''. Eric promises his hard hitting but fair approach won't change when he reports the news via cyber space.
View all posts by Eric Kontos
Learn what to do in emergency
Starry sari night buzz is back