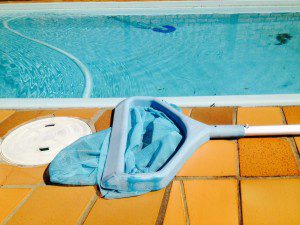 Summer is a time to make a splash

Spring has sprung and summer’s just around the corner. You beauty! We love the seven-eight months of the year when the weather is pleasant enough to discard heavy clothing, so here’s our Top Five things in summer:

Number 5: You have been cleaning the pool all winter and the reward has been…more cleaning of the pool as another gust of wind blows even more bloody leaves into you pride and joy. But when the weather is fine and the water temperature in the pool starts rising, all that hard yakka pays off as you dive into those crystal clear refreshing waters of your backyard swimming pool. The only downside is that eventually the cold will return and the cycle will be complete as you go back to cleaning, cleaning, cleaning. But in the meantime, get in and use your pool every day if possible.

Number 4: Now you may say that going to the beach is no different from having a swim in a backyard pool, but I beg to differ: Going to the beach, as those of you who do would know, is not about jumping into the salty waters of the south Pacific ocean. Going to the beach is a summer ritual for us westies, or should that be south westies, seeing as we are in Liverpool and Macarthur. Whether it’s once in an entire summer or 20 times, or even once every 10 years, there’s something quintessentially Australian about summer and the beach. They go together like salt and pepper. I particularly love the sand being stuck to parts of your body and needing three showers before it’s all off you.

Number 3: So we have cooled off on the outside, now for our warming insides. It’s too cold between May and August to really enjoy a beer or a margarita or an iced tea, if you prefer, madam. But sitting in your patio, sipping an ice cold drink, you can’t help thinking: does it get any better than that. Especially if you have earned that delicious, cool drink by doing what’s next in our Top Five.

Number 2: Gardening. Yes, even the world’s worst gardeners like me actually enjoy working in the great outdoors from September to April. Dressed in just shorts and a T-shirt, and the must item, a hat to keep the sun’s hot rays off the melon, off you go digging a new veggie garden, clearing deadwood from a native garden in your backyard and mowing the lawns. And, unlike office work, you know two things about gardening: It’s good for you, first. Second, you can stop any time you feel like it. Oh, there’s a third, a reward, see item above this one. Cheers.

Number 1: Drum roll please: The final piece of the summer jigsaw puzzle is cricket. Did I just visualise thousands of eyes glaze over? Maybe, some people you can never please. Cricket, I submit your honour, is more than a game.  It is the glue that brings us all together at this time of the year, whether it’s through our kids who play in the under 10s or whatever age they’re in, or by going down to Rosedale Oval to watch fifth grade of the Lions play or at Raby Oval to catch the mighty Ghosts score 3 for 500. And it was always thus, despite some silly arguments that it’s still basically an Anglo-Saxon game. Maybe at the very top, but locally, I remember coaching kids more than 30 years ago and we were a veritable united nations. Including some kids with a middle eastern background who were tough enough to volunteer to open the batting. Then there is cricket on TV, from Twenty20 to the Test matches. For me, there can never be too much cricket in summer.

Do you have a Top Five? We can publish it here in the South West Voice. Email to me at erickontos@southwestvoice.com.au

More than 40 years experience in the news media, most of them as editor of local newspapers across the Sydney metro area, but a few years working as a sub-editor with the metros. Lots of awards, both as a reporter and editor, but says he values just as much Community Service Awards from Campbelltown City Council in 2004 and 2016. Took a voluntary redundancy in 2014 from Fairfax Community Newspapers after 21 years there. Loves the digital world, because ''there's no question it's the future''. Eric promises his hard hitting but fair approach won't change when he reports the news via cyber space.
View all posts by Eric Kontos
Cricket Ghosts aiming high this season
Eschalot’s treats make drive to Berrima worth it