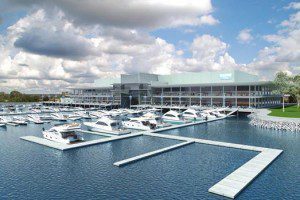 A marina will be built on the Georges River, at Moorebank.

This week’s Top Five takes a look at what we like best about in the great south west of Sydney. It doesn’t really do the place justice to name just five things we like about it, and we’re happy to confess we like many, many more. But rules are rules and we stick to them, so here goes:

Number 1: the people of the south west. They are honest, genuine, hard working and most of all among the most generous folk you’d ever likely to come across. We’re not the wealthiest part of Sydney, but we are rich in generosity. For proof check out any fundraiser held across the length and breadth of the south west; those taking part don’t hesitate to put their hand in their pocket to help others around them.

Number 2: the location. Never  mind what the narks of the city media will try to tell you, where we live we have the best of both worlds – short drive to the beach if we feel like some sand and surf, and just a few minutes’ drive to the bush from many parts of the south west, whether it’s Bringelly, Camden or Hammondville.

Number 3: our rivers. Two mighty rivers circle around the south west, the Nepean in the western boundary and the Georges in the east. Not only are they easy on the eye, the rivers are used for recreation by plenty of locals, as well as visitors. A beautiful gift from nature.

Number 4: our clubs, pubs and restaurants. The variety is just incredible and you never have to go too far to find a top class restaurant. Our clubs have some of the best facilities in the state, including hotels at the two Catholic clubs in Campbelltown and Liverpool. Top Five has already devoted a column on our pubs, so if you were paying attention you would know that there are some beauties across the region.

Number 5: The future. Yes, the big, bright future in the south west as the newest railway line is being completed and work is about to start on our very own international airport, the Western Sydney Airport if you don’t mind. We are already part of one of the biggest economies in Australia, but we are set for bigger and better, with many more local jobs set to make the south west an even better place to live, work and play.

More than 40 years experience in the news media, most of them as editor of local newspapers across the Sydney metro area, but a few years working as a sub-editor with the metros. Lots of awards, both as a reporter and editor, but says he values just as much Community Service Awards from Campbelltown City Council in 2004 and 2016. Took a voluntary redundancy in 2014 from Fairfax Community Newspapers after 21 years there. Loves the digital world, because ''there's no question it's the future''. Eric promises his hard hitting but fair approach won't change when he reports the news via cyber space.
View all posts by Eric Kontos
Liverpool finally becomes a university town
Fiery council meeting as Chanthivong returns with a bang