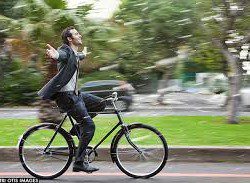 Blind Freddie knows that the one big thing we need here in Macarthur and Liverpool is local jobs.

So many more local jobs the place is transformed from one which sees thousands of its residents travel for an hour or more every day to get to their jobs.

But is this possible or is it just pie in the sky stuff?

It’s never been tried before in a coherent, organized, energized manner so the past is no help.

But it helps in one way: it is evidence that our local leaders have not had the vision to achieve such an important transformation.

Sadly it does not look like things will be any different in the future if we just cross our fingers and hope that something will happen.

So why do some people, including me, believe that it is possible to transform where you live.

But it is not just about local jobs; it’s about fixing all the problems which are allowed to persist for decade after decade, like the decline of our main streets.

Part of this transformation should include local councils developing a plan for the future about how the places we call home will be like in 10, 20 or 30 years’ time. 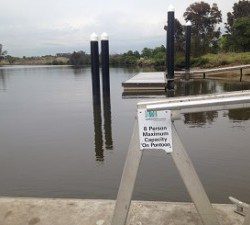 And so while Liverpool’s bushland areas in the west are a natural part of the south west growth area, in Campbelltown we are not sure what to do with places like the Scenic Hills, Wedderburn, Kentlyn and parts of Denham Court.

It’s all ad hoc, reactionary stuff which is pretty funny: for example if someone reports seeing a koala somewhere in Campbelltown, a koala sign pops up on the spot within days.

But that’s the problem with a lot of politicians and other community leaders: they usually take the easy option.

They are, you see, in a comfort zone, and who wants to do something to disturb that comfort zone.

And so we get nothing done, nothing that is really big and so transformative people looking in say “wow, look what they are achieving in Liverpool and Macarthur’’.

I am probably being a little harsh on Liverpool, because there a very ambitious new council is very proactive and at least has a plan for the future. Not everyone shares its approach to implementing its plan, but at least they have one.

Down south in Macarthur a kind of inertia has settled in the place, nourished by naïve affirmations from certain quarters that all the hard work has been done. 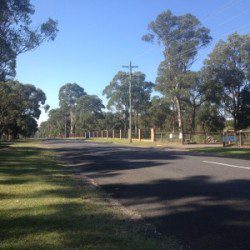 Kentlyn is a popular cycling spot

It was rather disappointing to hear a very senior community leader tell me that “Queen Street will take care of itself’’.

No wonder we need to rattle the cages of our leaders, to shake up their comfort zone a little.

And we need people with energy and ideas to put us on the map. There are plenty of those among us, they just need to be called to service.

Let’s get out of our comfort zone.

Let us be brave enough to think big and act even bigger.

Let’s become a place which is the envy of the rest of Sydney because of our community driven innovative ideas.

Talking of ideas, while manufacturing can still play a big part in making us a giant job hub, the other two obvious areas are technology and the internet and tourism.

Tourism is so obvious and yet mostly lip service is all it receives in the south west.

Why not, for instance, invest in cycleways in both Liverpool and Campbelltown to make the south west the cycle capital of the metropolitan area.

Like Canberra – paid for by the rest of Australia – let’s have cycleways that connect every nook and cranny, from the industrial areas, to the retail centres and to our natural wonders.

Nobody else other than the nation’s capital has such an extensive cycleway network, but it would work here. A lot of cyclists already come to the south west on weekends to ride in our bushland areas but they must be disappointed at the lack of cycleways between the train station they arrive at and their cycling destination at Kentlyn or Wedderburn.

So, my hand’s up to lend a hand in turning our home into powerhouses envied across Sydney.

More than 40 years experience in the news media, most of them as editor of local newspapers across the Sydney metro area, but a few years working as a sub-editor with the metros. Lots of awards, both as a reporter and editor, but says he values just as much Community Service Awards from Campbelltown City Council in 2004 and 2016. Took a voluntary redundancy in 2014 from Fairfax Community Newspapers after 21 years there. Loves the digital world, because ''there's no question it's the future''. Eric promises his hard hitting but fair approach won't change when he reports the news via cyber space.
View all posts by Eric Kontos
Here’s your chance to rock Macarthur
Taylor ticks consistency box for Tigers team to take on Raiders