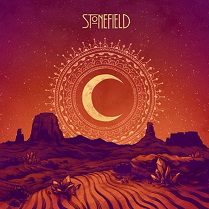 Calling all bands for 2015 Fishers Gig: Stonefield were the headline act of last year’s event.

If you’re a young local solo artist or band and you have what it takes to entertain a crowd, then don’t miss the chance to be part of this year’s Fisher’s Gig – the largest all ages music festival in south west Sydney.

Open to young people aged 12 to 24 who live, work or study in the Macarthur region, Fisher’s Gig provides a unique opportunity to gain first-hand experience with some of the best in the industry.

Expressions of interest for Fisher’s Gig heats 2015 are now open, giving local performers the chance to nominate themselves to be part of the selection heats for this year’s gig.

Mayor of Campbelltown, Cr Paul Lake, said Fisher’s Gig was a drawcard event that had earned a reputation for launching the careers of up and coming young local musicians.

“Fisher’s Gig is a great opportunity to share your talent, gain exposure in a competitive industry and experience the atmosphere of our city’s most iconic festival,” Cr Lake said.

“There is no other music event on this scale for young people in the south west Sydney region, so if you think you’ve got what it takes to rock Macarthur, we want to hear from you.”

Expressions of Interest close on Friday, May 1, with pre-selection heats to be held in coming months. Further details of heat dates and locations will be released following the expression of interest period. The selection heats are all ages, drug and alcohol free events.

This year’s Fisher’s Gig will be held on Saturday, November 7, at Bradbury Oval, Campbelltown as part of the 60th annual Festival of Fisher’s Ghost.

You can also follow all of the latest youth news at facebook.com/ctownyouth

More than 40 years experience in the news media, most of them as editor of local newspapers across the Sydney metro area, but a few years working as a sub-editor with the metros. Lots of awards, both as a reporter and editor, but says he values just as much Community Service Awards from Campbelltown City Council in 2004 and 2016. Took a voluntary redundancy in 2014 from Fairfax Community Newspapers after 21 years there. Loves the digital world, because ''there's no question it's the future''. Eric promises his hard hitting but fair approach won't change when he reports the news via cyber space.
View all posts by Eric Kontos
Heritage festival focus on Anzac centenary
Out of the comfort zone to get things done