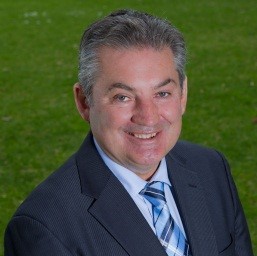 Macarthur MP Russell Matheson spoke in parliament today, July 17, to raise awareness of the Australian Light Horse regiments who fought in the Battle of Beersheba and Macarthur’s special role as a training ground for these men and their horses.

In his speech Mr Matheson spoke about the remarkable and decisive victory changed the history of the Middle East and helped create The Australian Light Horse Legend.

“Whilst Gallipoli is one of the ANZACS best known battles in military history, the Battle of Beersheba is described as one of Australia’s greatest military triumphs,” Mr Matheson said.

“This battle and the men who fought in it are particularly special to many families in my electorate. “Macarthur is a place rich with equestrian heritage and military records confirm that local Light Horse ranks contained many of Macarthur’s skilled horseback riders. Macarthur is also home to Menangle Park, which played a significant role as a training ground for many men and horses that left Australia for the Middle East and Europe in World War 1.

“Local resident, Steve Wisbey is the proud descendant of Frederick Cave Wisbey – his great grandfather, who served in the 7th Light Horse regiment at Beersheba.

“Steve’s grandfather often shared stories with his family of the 7th Light Horse regiment in the harsh Middle East desert and the Battle of Beersheba. Frederick Wisbey was 16 years old when he went to war and travelled from Egypt to Gallipoli and back to the Middle East.

“Fortunately for his family Frederick returned home, but sadly, for so many others that trained on local soil at Menangle Park that was not the case. Steve told me that his great grandfather was a part of history that is truly difficult to imagine in all its horror and glory.

“The event will include Australian Light Horse in full uniform to parade and lay wreaths and Special Guest Speaker, Col Stringer, Author of “800 Horsemen”.

“To mark the battle of Beersheba’s centenary anniversary on October 31, 2017, John and local residents Steve Wisbey and Susan Peacock are working hard to have a statue erected at the local paceway in tribute to the horseback regiment. They are also organising a range of community events to commemorate those who fought in the battle and Macarthur’s role in training the victorious regiment.

“I am extremely proud of this committee for organising these events so that the Macarthur community can remember and honour these brave young horsemen and their great military triumph.

“I also praise their commitment and efforts in raising the profile of Beersheba Day and for encouraging community involvement in creating the memorial.

“I encourage John, Steve and Susan to keep up their fantastic work as they pay tribute to a very special part of Macarthur’s history that will be remembered by local residents for many years to come.”

More than 40 years experience in the news media, most of them as editor of local newspapers across the Sydney metro area, but a few years working as a sub-editor with the metros. Lots of awards, both as a reporter and editor, but says he values just as much Community Service Awards from Campbelltown City Council in 2004 and 2016. Took a voluntary redundancy in 2014 from Fairfax Community Newspapers after 21 years there. Loves the digital world, because ''there's no question it's the future''. Eric promises his hard hitting but fair approach won't change when he reports the news via cyber space.
View all posts by Eric Kontos
Boys in blue to also rise for Alex McKinnon
A new voice for Liverpool and Macarthur