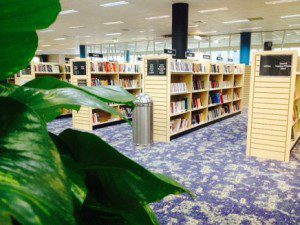 Libraries will no longer issue fines

From January 1, Campbelltown City Council’s Library Service will no longer charge overdue fines for any items borrowed after that date.

The move follows recent trends in public libraries throughout Australia where overdue fines are being abolished as a means of encouraging library patrons to return overdue library items. This helps to facilitate the quick and easy return of more library resources to the shelves for the public’s use.

Instead of overdue fines, the libraries will be using a system of service limitation to encourage members to return library items on time.

If items are not returned by the due date, and following a grace period, member privileges will be temporarily suspended until items are returned.

Library customers will still be required to pay for lost or damaged items.

To assist in the smooth transition to the new process, the library will email or post a reminder to patrons three to five days before items are due to be returned.

The library will also introduce a standard three week loan period for all items, with the option of an extension, in a further effort to make borrowing easier for customers.

Mayor of Campbelltown, Cr Paul Lake, said by removing overdue fines, library members would be encouraged to return late items and more library resources would be returned to the collections.

“Previously, customers may have refrained from returning the overdue items because they knew they could not afford to pay the fines or they were too embarrassed to do so,” Cr Lake said.

“Overdue fines have been shown to actively discourage membership and frequently limit access to library resources for patrons.

“Parents will often choose not to sign their children up as library members because they are fearful of the fines they may accrue.

“It is anticipated that this change will have a positive impact on customer service in the libraries and encourage greater use of resources and services, improving access to library resources for those who need it most,” Cr Lake said.

“Our libraries provide an important service to the community, and by abolishing fines to encourage greater resource recovery for the benefit of members, we’re certainly making the library experience more positive and inclusive.”

For more information, contact the library on 4645 4444 or visit campbelltown.nsw.gov.au/library

More than 40 years experience in the news media, most of them as editor of local newspapers across the Sydney metro area, but a few years working as a sub-editor with the metros. Lots of awards, both as a reporter and editor, but says he values just as much Community Service Awards from Campbelltown City Council in 2004 and 2016. Took a voluntary redundancy in 2014 from Fairfax Community Newspapers after 21 years there. Loves the digital world, because ''there's no question it's the future''. Eric promises his hard hitting but fair approach won't change when he reports the news via cyber space.
View all posts by Eric Kontos
Pirates blasted off the park in 2014 decider
Keep Claymore Clean project gets a cash boost