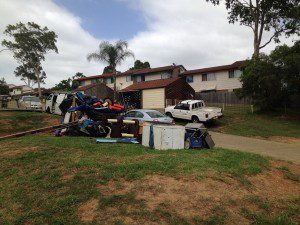 Claymore Youth Advisory Committee and Save the Children Australia have received $46,833 in funding for their Keep Claymore Clean project.

Member for Campbelltown Bryan Doyle and Minister for Citizenship and Communities Victor Dominello announced the grant.

“This grant will enable Save the Children Australia and the Claymore Youth Advisory Committee to run their Keep Claymore Clean project, which will see over 300 young people in our local community take part in this fantastic project,’’ Mr Doyle said.

Mr Dominello said that the funding was awarded as part of the $1 million on offer through the third round of the NSW Government’s Youth Opportunities Grants.

“Youth Opportunities is a program launched by the NSW Government to give young people the opportunity to lead and participate in development projects within their local community.

“The project has been designed to address young people’s concerns about the increasing levels of hazardous and unsightly rubbish and will be implemented in collaboration with Campbelltown City Council and the Claymore Residents Committee,” Mr Doyle said.

“We all benefit when young people are more involved in community life,’’ Mr Dominello said.

“Research shows that with proper support and opportunity, young people can address a range of risk factors in their lives and play a greater role in their communities.”

More than 40 years experience in the news media, most of them as editor of local newspapers across the Sydney metro area, but a few years working as a sub-editor with the metros. Lots of awards, both as a reporter and editor, but says he values just as much Community Service Awards from Campbelltown City Council in 2004 and 2016. Took a voluntary redundancy in 2014 from Fairfax Community Newspapers after 21 years there. Loves the digital world, because ''there's no question it's the future''. Eric promises his hard hitting but fair approach won't change when he reports the news via cyber space.
View all posts by Eric Kontos
Library fines get the flick
Four local schools get nod for Links to Learning program