Once upon a time, there was a man who lived in Albert Street, Cabramatta and one day he was elected Prime Minister of Australia…

We thought of this because some of the discussion about Malcolm Turnbull has been about how wealthy he is and what a big mansion he lives in and how out of touch he must be with the rest of us battlers.

Unlike some other recent political leaders, Turnbull can at least argue that because he goes for a walk in his local community and uses public transport such as buses and trains, he is not out of touch with ordinary Australians.

Forty-three years ago there was a man who lived in a very humble suburban street for almost 20 years and was leader of one of our major political parties for many of those years.

Gough Whitlam celebrated becoming Prime Minister in December 1972 at the Cabramatta home he shared with his family, wife Margaret and four young children.

The house at 32 Albert Street is still there today, among many homes which would have been there then and look like they haven’t changed much at all. 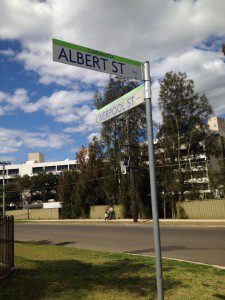 Albert is a very wide street, big enough for a four lane highway and I reckon the kids of the time would have had some great games of cricket right in the middle of it.

It is a very quiet street and for the 10 minutes I was there to take some snaps of Number 32 there were no movements at all – of people or cars or cats.

It was as if it was frozen in time from December 1972, the night a new Prime Minister celebrated his victory with his neighbours and friends in his suburban backyard.

Looking back, what innocent days they were… 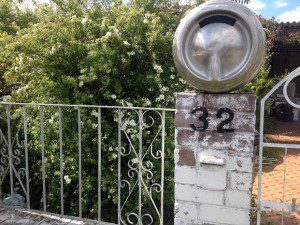 More than 40 years experience in the news media, most of them as editor of local newspapers across the Sydney metro area, but a few years working as a sub-editor with the metros. Lots of awards, both as a reporter and editor, but says he values just as much Community Service Awards from Campbelltown City Council in 2004 and 2016. Took a voluntary redundancy in 2014 from Fairfax Community Newspapers after 21 years there. Loves the digital world, because ''there's no question it's the future''. Eric promises his hard hitting but fair approach won't change when he reports the news via cyber space.
View all posts by Eric Kontos
Hoop into Liptember to help tackle women’s mental health issues
Get smart to deal with freight transport problems