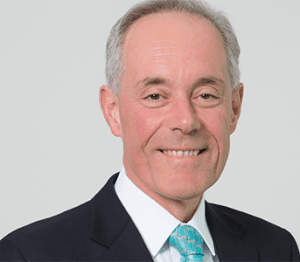 From premier of NSW to president of the Ghosts cricket club: Morris Iemma.

Our region’s senior cricket club has signalled that it is serious about becoming a powerhouse – it has just elected former premier of NSW Morris Iemma as its president for the next 12 months.

And the Ghosts also elected current MP Chris Patterson, the state member for Camden, as his vice president.

Campbelltown Camden District Cricket Club (CCDCC), to give the Ghosts their formal name, now head into the 2017-18 Sydney Premier Cricket full of confidence they can give the competition a shake across all grades.

While the club has produced many great players since entering the Sydney Premier competition in 1985, it has yet to win a premiership.

The election of Iemma and Patterson comes in the wake of another disappointing season in 2016-17.

Since then the Ghosts have made some big time player and coach signings to build a platform for next season, which usually starts in September.

These include highly regarded and experienced players Jarrad Burke – who will be the first grade captain – and Phillip Wells, and the appointment of former first class player Jeff Cook to the coaching panel at the club.

Morris Iemma, whose daughter Clara is an integral member of the Ghosts first grade women’s team, told Sunday’s annual general meeting after being elected that the Macarthur region had “massive cricketing potential’’. 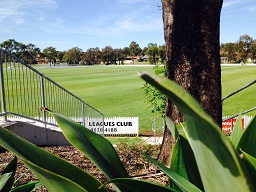 In his acceptance speech, Mr Iemma praised Campbelltown City Council for developing at Raby Sports Complex “the best cricketing facility anywhere in NSW outside of the Sydney Cricket Ground”.

Mr Iemma has been on the Ghosts management committee for the past three years.

As well as serving as NSW premier, Mr Iemma has a long record in leading governing bodies.

He is also a Cricket Australia Level 2 coach and has recently held a position on the Sydney Cricket Ground Trust.

More than 40 years experience in the news media, most of them as editor of local newspapers across the Sydney metro area, but a few years working as a sub-editor with the metros. Lots of awards, both as a reporter and editor, but says he values just as much Community Service Awards from Campbelltown City Council in 2004 and 2016. Took a voluntary redundancy in 2014 from Fairfax Community Newspapers after 21 years there. Loves the digital world, because ''there's no question it's the future''. Eric promises his hard hitting but fair approach won't change when he reports the news via cyber space.
View all posts by Eric Kontos
Brazen sport park thief pulls out gun when challenged
Electricity price hikes: Labor promises to keep bills lower