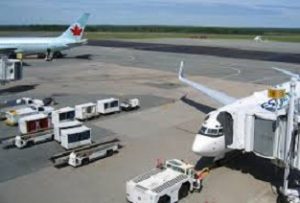 The release of the final Western Sydney Airport Environmental Impact Statement (EIS) has been welcomed by the Western Sydney Regional Organisation of Councils (WSROC).

The final EIS was released after taking submissions from residents within the airport catchment.

WSROC says that the final EIS has addressed some local concerns regarding the operating parameters and environmental impacts of the new airport.

WSROC has been advocating strongly for equitable outcomes for the Western Sydney community with the proposed development of the Western Sydney Airport. In particular, this included the need for the Federal Government to ensure flight paths are designed to avoid residential areas as much as possible.

Charles Casuscelli, the CEO of WSROC, says “it’s pleasing to note that the government has taken this on board and has committed to designing flight paths to minimise noise over populated areas and to share the burden of additional noise across all communities’’.

“We welcome the government’s commitment to community consultation on this matter.”

WSROC has also strongly advocated for the new airport to be supported by state of the art infrastructure and public transport from the outset of airport operations, specifically a heavy rail link connecting to the main western Line.

“WSROC commends the Federal and State Governments for their commitment to rail, especially their intent to ensure the rail infrastructure will be holistic, and addresses the needs of both the airport and the Western Sydney region as a whole,” Mr Casuscelli said.

“WSROC recognises that the airport can be the major catalyst for economic development in the region.

“However, the expected jobs creation and population growth for Greater Western Sydney will occur away from the airport; in adjoining precincts, the region’s growth areas, employment lands and enterprise zones. WSROC therefore strongly advocates for a modern transport network throughout the region not just a single rail line.

“We see the release of the associated rail options paper as a step in the right direction towards getting the public infrastructure investment right in terms of capabilities and timing.

“Without a holistic approach to critical infrastructure this potentially game changing airport will be just another wasted opportunity to turbo charge economic development in Greater Western Sydney,” he said.

“The airport and its associated supporting transport infrastructure has the potential to not only better connect Greater Western Sydney to the two CBDs of Sydney and Parramatta, but also to provide essential connectivity between the communities and businesses of the region.

“As with all projects of this nature, the devil is in the detail.

“We note for example that the EIS noise assessment is based on indicative flight paths, as these change, the potential noise impacts will need further environmental assessment and community consultation,” he said.

Butcher holds Camden balance of power; Shire says yes in referendum
The best of frenemies: who are your favourites?