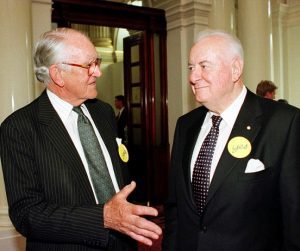 Frenemies is such a weird concept it’s really hard to get your head around it at times.

Let’s see now: this is usually about two people who can’t stand each other.

In other words they are enemies.

But they somehow bring themselves to be in situations only friends can.

This is usually found but is not restricted to the world of politics.

Which five famous frenemies come to mind when you start thinking about it?

While you’re thinking, here’s ours:

♦ Number 1. Mark Latham and Alan Jones on Sky TV. Who would have thought it. Mind you that station seems to specialise in eccentric combinations in its presenters and commentators.

♦ Number 2. Close to home we have former Campbelltown mayor Les Patterson and the late John Hennessey, great mates after retiring from council, where they were sworn enemies.

♦ Number 3. Jason Taylor and Robbie Farah. Nah, just mucking around with you. That would not happen in a million years. But it’s true a lot of rugby league people who hate each other on the playing field are very good mates off it. 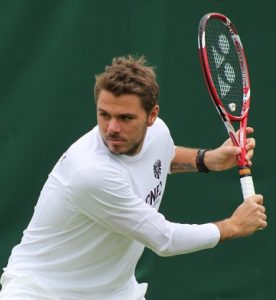 ♦ Number 4: Nick Kyrgios and Stan Wawrinka. Last time they played it was like the best buddies of all time. Maybe Stan’s got amnesia since Nick’s sledge on his girlfriend.

♦ Number 5. The biggest frenemies of all time, both in stature and in essence: Malcolm Fraser had Gough Whitlam sacked as Prime Minister in 1975 by the Governor-General, but after they both left politics they started sharing the same stage for a lot of causes, including the yes side of the republic referendum in 1999. Both now departed from this life but maybe there’s frenemies in heaven or wherever politicians go when they die.

More than 40 years experience in the news media, most of them as editor of local newspapers across the Sydney metro area, but a few years working as a sub-editor with the metros. Lots of awards, both as a reporter and editor, but says he values just as much Community Service Awards from Campbelltown City Council in 2004 and 2016. Took a voluntary redundancy in 2014 from Fairfax Community Newspapers after 21 years there. Loves the digital world, because ''there's no question it's the future''. Eric promises his hard hitting but fair approach won't change when he reports the news via cyber space.
View all posts by Eric Kontos
Final western Sydney airport environment report has landed
Why Chris Hayes gets on his motorbike every year