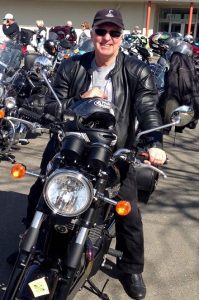 Get your motor running: MP Chris Hayes has taken part in the Wall to Wall Ride for Remembrance for the seventh year.

Riding a motorbike in a convoy of hundreds of police officers is not the normal activity you’d expect a member of parliament to undertake, but that’s exactly what Chris Hayes has done every year for the past seven.

The annual Wall to Wall Ride for Remembrance has motorcyclists from all states converging on Canberra to pay tribute to police officers who have lost their lives in the line of duty.

After taking part in this year’s Wall to Wall Ride for Remembrance last week, Chris Hayes said he was proud to say “I have taken part in the ride for the past seven years’’.

“Policing comes with a high degree of risk that, thankfully, most of us will never have to face,” said Mr Hayes, a long term Campbelltown resident.

“The bravery of our police and their dedication to serving and protecting our communities should never be taken for granted,” said Mr Hayes, who is the federal member for Fowler.

More than 2,000 motorcyclists participated in the ride to raise funds for NSW Police Legacy, so that they can continue to look after the families of police officers killed in the line of duty.

Seven names of fallen police officers will be added to the Wall in Canberra on 29 September 2016, including Mr Curtis Shu Kei Cheng, a civilian police employee, who was shot outside Police Headquarters in Parramatta last year in a terrorist act. 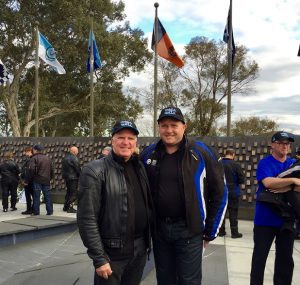 “I would like to acknowledge Chris Hayes for his support of the police family,” Det Insp Newman said.

“Remembering mates was the theme for the Wall to Wall Ride for Remembrance.

“My mate and mentor, Det Insp Bryson Anderson, who I worked with for many years at the Special Operations Group, paid the ultimate sacrifice, being killed during a police operation in Sydney’s North West in 2012, and it is good for his family and his mates that the Wall to Wall Ride includes a roadside stop in recognition of Bryson.”

The best of frenemies: who are your favourites?
Giving yourself a break is a positive move