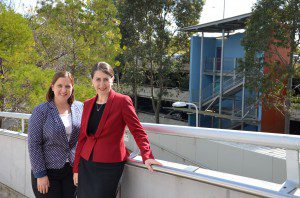 If you are a train commuter who parks at Holsworthy station, here’s some good news for a change: the commuter car park will be extended by 150 spaces.

The work will be delivered as part of the $770 million Transport Access Program.

“It can be so frustrating driving around trying to find a parking spot, and that’s why this is such an important project – investing in new parking spaces for customers will make a real difference to the daily commute for so many people,” Ms Berejiklian said.

“The local member Melanie Gibbons has been fighting for these car parking spaces and I am pleased that once again the NSW Government has shown it is delivering for the local community.”

Ms Gibbons said the NSW Government was listening to the local community and giving public transport customers what they want to improve their daily journeys.

“The community has been crying out for this and I’m pleased for local public transport users that the NSW Government is now going to deliver this project,” Ms Gibbons said.

“This project will mean customers have access to more than 1,000 car parking spaces at Holsworthy train station.”

Customer safety will also be ramped up as part of the project through the installation of better lighting and new CCTV, Ms Gibbons said.

“A contractor will be on board in the coming months to do the design work for this project, with construction of the extra car spaces to begin next year.

“As the detailed design progresses, the exact number of spaces and construction timeline will be confirmed.

“Since we came into government in March 2011, we’ve worked to improve public transport for the people of south west Sydney,” Ms Gibbons said.

“Passenger services on the South West Rail Link will begin in 2015 – one year ahead of schedule and we have introduced an extra 94 extra weekly rail services on the T2 Airport Line.

“The South West Rail Link stations at Leppington and Edmondson Park will include about 1,250 new commuter car parking spaces for customers.

“Customers have seen other improvements right across public transport with the Opal card now available on all trains, all Sydney Ferries and more than 2,300 buses. More than 500,000 Opal cards have now been issued.”

The NSW Government has made real-time apps for public transport customers available, and delivered all 78 modern, air-conditioned Waratah trains.

Earlier this year the Liverpool Turnback was delivered, including an additional section of track and new platform to increase flexibility and capacity of Sydney’s rail network, while reducing the likelihood of delays.

The NSW Government is also providing 100 more commuter car parking spaces at Liverpool Station, including 80 spaces on one of the worksites used for the construction of the completed Liverpool Turnback project.

More than 40 years experience in the news media, most of them as editor of local newspapers across the Sydney metro area, but a few years working as a sub-editor with the metros. Lots of awards, both as a reporter and editor, but says he values just as much Community Service Awards from Campbelltown City Council in 2004 and 2016. Took a voluntary redundancy in 2014 from Fairfax Community Newspapers after 21 years there. Loves the digital world, because ''there's no question it's the future''. Eric promises his hard hitting but fair approach won't change when he reports the news via cyber space.
View all posts by Eric Kontos
Aboriginal tent embassy protests Airds redevelopment
X Factor winner to perform at Liverpool Mayoral ball