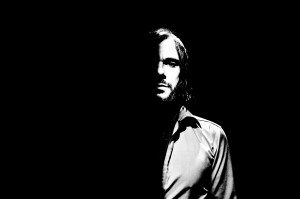 Liverpool Mayor Ned Mannoun said he was delighted that Altiyan, who won reality TV show X Factor in 2010, was performing on the night.

“Altiyan has a lot of appeal across all age groups,” Mayor Mannoun said.

“He has a great stage presence and promises an electrifying performance.”

“It’s going to be a really great night to showcase Liverpool’s presence in the region,” Mayor Mannoun said.

More than 280 tickets have sold, and along with sponsorship support, the Ball is well on its way to meeting its target of $50,000 to share between Young Adults Disabled Association (YADA) and the Liverpool Cancer Wellness Centre.

Professor Geoff Delaney, Director of Cancer Services, South Western Sydney Local Health District said he was honoured that funds from the Mayoral Charity Ball would be donated for  the building of the Liverpool Cancer Wellness Centre, and thanked the community for its ongoing support.

“The diagnosis and treatment for cancer can be very difficult but as cancer survival rates increase, it’s becoming more and more important to help patients focus on remaining well,” Prof Delaney, pictured below, said.

“Patients that have had cancer can have ongoing problems that might include tiredness, stress and anxiety, emotional concerns about the risk of their cancer returning, muscle and joint pain from chemotherapy or side effects from radiation treatment. 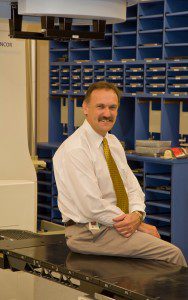 “Funds will also go towards research into new treatments that can help increase cancer survivor rates.”

YADA co-founder John Eastwood said he was very grateful to be sharing the proceeds of the event with the Cancer Wellness Centre.

“After many years of hard work YADA is honoured to be acknowledged by the Mayor and Council in this way,” he said.

“It will allow us to continue our work and replace and update equipment at our facility.”

More than 40 years experience in the news media, most of them as editor of local newspapers across the Sydney metro area, but a few years working as a sub-editor with the metros. Lots of awards, both as a reporter and editor, but says he values just as much Community Service Awards from Campbelltown City Council in 2004 and 2016. Took a voluntary redundancy in 2014 from Fairfax Community Newspapers after 21 years there. Loves the digital world, because ''there's no question it's the future''. Eric promises his hard hitting but fair approach won't change when he reports the news via cyber space.
View all posts by Eric Kontos
Commuters win with Holsworthy station car park extension
White Eagles still in the mix to play role in finals