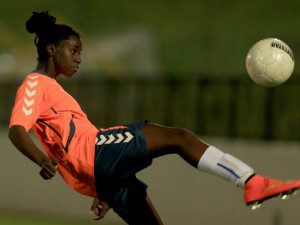 This Sunday’s NSW Women’s 1 grand final between Macarthur Rams and Football NSW Institute will be streamed live from Lambert Park via www.footballnsw.com.au/events.

This is a first for women’s football in this state.

Football NSW will have expert commentary from Adam Santarossa and NPL NSW Womens 1 writer Nikola Pozder on duty calling what will be the biggest match in the women’s football calendar in NSW this year.

Football NSW Media Manager Mark Stavroulakis was excited about the prospect of streaming the big match live this Sunday.

“This is an ideal opportunity to present to not just the people of NSW, but Australia and the world the talents our female football stars poses.

“Female football is coming through leaps and bounds and what better way to continue on with the promotion of the sport by streaming the biggest match in our NPL NSW Women’s 1 competition between two highly talented sides.

“Football NSW will continue to look for innovative ways to deliver content to our football followers for the good of the game as well as the growth and development of our sport.”

More than 40 years experience in the news media, most of them as editor of local newspapers across the Sydney metro area, but a few years working as a sub-editor with the metros. Lots of awards, both as a reporter and editor, but says he values just as much Community Service Awards from Campbelltown City Council in 2004 and 2016. Took a voluntary redundancy in 2014 from Fairfax Community Newspapers after 21 years there. Loves the digital world, because ''there's no question it's the future''. Eric promises his hard hitting but fair approach won't change when he reports the news via cyber space.
View all posts by Eric Kontos
Mayor backs community group library space freebie
New homes put disabled close to their families