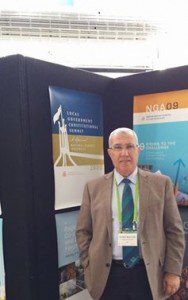 An application to build a boarding house in Miller sparked a lively debate on Liverpool Council last night over what should be the city’s vision on housing.

The boarding house application was refused when put to the vote, but not before some councillors argued that such accommodation, cheap and short term, was the opposite of what Liverpool should be aiming for in the future.

“This is the opposite of what we should be doing in suburbs like Miller,’’ said the deputy mayor, Councillor Mazhar Hadid.

Councillor Tony Hadchiti, speaking in support of Cr Hadid’s motion to refuse the application, said: “This will have a negative impact on the people who live around this site, and, overall, it does not fit in with our vision for Miller.’’

Cr Hadid said the vision meant redeveloping suburbs like Miller and Ashcroft and Heckenberg, not building more low cost housing such as the boarding house.

But Councillor Anne Stanley said that “Liverpool does not have a lot of this type of accommodation for people who need a roof over their heads for a short period.

‘’And we never usually ask who will live in a house when an application comes before us,’’ Cr Stanley said in reference to a number of questions that Cr Hadchiti had asked of council officers about the boarding house.

He wanted to know if there would be a manager on-site in the boarding house (no), who will live there, and what will be the impact on those around it if it were to go ahead.

But Councillor Peter Harle had another reason for refusing the application, location: “There are other similar places such as this in Warwick Farm,’’ he said.

“But the difference is that at Warwick Farm we know who will live in them, jockeys, and it’s near public transport, whereas this one at Miller is not.’’

When the matter was put to a vote, six councillors voted to refuse the application, and two against the refusal, Cr Stanley and Cr Geoff Shelton.