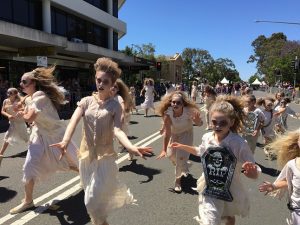 The Festival of Fishers Ghost is a celebration of Campbelltown tribes and cultures.

Campbelltown’s largest and longest running community event – this will be its 62nd year – will be on during November 3-12.

This year promises an exciting, revamped program, including a colourful and vibrant twilight street parade along Queen Street.

For many years the parade, which launches the festival every year, has been held during the middle of the day on a Saturday.

Following a review and some tweaking, the festival is expected to be a success.

A range of festival sponsorship opportunities are available and Campbelltown City Council is calling on businesses and the wider community to get behind this community celebration.

Benefits include generous business exposure through a variety of channels, including radio advertising, posters, council’s website and Facebook, invitations to the Festival of Fisher’s Ghost afternoon tea, and VIP seating at the street parade. 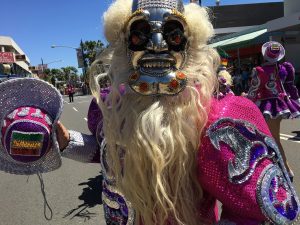 Mayor of Campbelltown, Cr George Brticevic, said sponsors contributed to the success of the popular festival which attracted crowds of up to 100,000 people over the two weeks of activities, primarily families, year in and year out.

“Our much loved festival is our city’s opportunity to shine, and this year’s program sees the return of fun-filled favourites, including the carnival at Bradbury Park, Fisher’s Gig, and the fun run, in addition to new events and a new-look street parade and street fair,” he said.

“The excitement of the revamped program is sure to attract new visitors and seasoned festival goers alike, and I would encourage local businesses to take the opportunity to not only support their local community but to boost the profile of their business.”

♦ For more information, call council on 4645 4517, or download a sponsorship prospectus at fishersghost.com.au

More than 40 years experience in the news media, most of them as editor of local newspapers across the Sydney metro area, but a few years working as a sub-editor with the metros. Lots of awards, both as a reporter and editor, but says he values just as much Community Service Awards from Campbelltown City Council in 2004 and 2016. Took a voluntary redundancy in 2014 from Fairfax Community Newspapers after 21 years there. Loves the digital world, because ''there's no question it's the future''. Eric promises his hard hitting but fair approach won't change when he reports the news via cyber space.
View all posts by Eric Kontos
Everyone should have the opportunity to learn
Find out how your next home will use less water and power