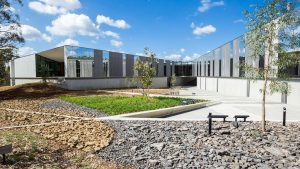 The Macarthur region’s talented young writers and artists have been recognised at the Threatened Species art and writing competition awards presentation at the Australian Botanic Garden, Mount Annan.

The presentation was held on National Threatened Species Day last week and provided entrants with the opportunity to go behind-the-scenes of the Australian PlantBank facility (pictured), and be taken on a nocturnal tour of the garden’s endangered Cumberland Plain Woodland.

Almost 500 entries were submitted in the art category of this year’s awards, while the writing category – held for the first time – attracted more than 30 entries.

The competition invites students from across Macarthur to learn about local threatened species through the creation of vibrant and colourful artworks, or short stories that highlight the vulnerability of our region’s plants and animals.

It gives children aged five to 12 years the chance to win great prizes and have their work displayed in a travelling exhibition held across Macarthur throughout September in recognition of Biodiversity Month.

Some of the best artwork and creative writing pieces will also be published in the inaugural Threatened Species Art and Writing Competition Storybook.

Mayor of Campbelltown, Cr George Brticevic, congratulated all the entrants on their outstanding, creative work which reflected their interest in and concern for the natural environment.

“Council is committed to protecting and enhancing our diverse local habitat, and teaching our children about the role they can play in preserving our natural environment through creative pursuits like this competition will also help educate and inspire the wider community,” he said.

First prize winners in each artwork category received an Eco Pack valued at up to $250 which included environmentally themed books and crafts.

Second and third place prize winners received an Eco Pack valued up to $100, and $50 respectively.

The overall winner of the writing competition won a personalised behind-the-scenes tour of the Australian PlantBank, plus a free education excursion for their school from the Macarthur Centre for Sustainable Living.

Their story will be published in the inaugural Threatened Species Art and Writing Competition Storybook.

The two best entries from each school will also be published in the storybook.

Wilton Public School had the highest number of entries overall, and won a prize donated by sponsors, the Australian PlantBank and Symbio Wildlife Park.

For more information, including a full list of animals and plants that are classified as threatened species in the Macarthur region, visit campbelltown.nsw.gov.au/TSAC 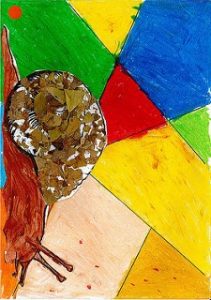 More than 40 years experience in the news media, most of them as editor of local newspapers across the Sydney metro area, but a few years working as a sub-editor with the metros. Lots of awards, both as a reporter and editor, but says he values just as much Community Service Awards from Campbelltown City Council in 2004 and 2016. Took a voluntary redundancy in 2014 from Fairfax Community Newspapers after 21 years there. Loves the digital world, because ''there's no question it's the future''. Eric promises his hard hitting but fair approach won't change when he reports the news via cyber space.
View all posts by Eric Kontos
Cobbitty DA: more housing lots on the way for Camden
Botanic garden’s wild paper daisies blooming wonder