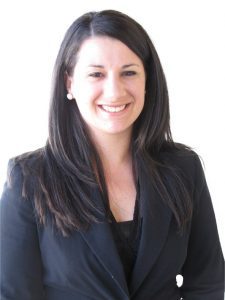 The law on motor accidents compensation n NSW is about to change, writes lawyer Tess Danjoux.

Following months of intensive consultation in 2016, the NSW government has introduced the Motor Accidents Injuries Bill 2017, which, when it comes into effect (likely to be in December 2017), will completely overhaul the motor accidents compensation scheme as we know it.

The current scheme was introduced in 1999 as a statutory fault based scheme.

Essentially, the system allowed persons who were injured in a motor accident in NSW (who were not at fault in the accident) to claim compensation for treatment expenses, wage loss and domestic care, as well as a lump sum for “pain and suffering’’ in cases where the injuries were serious.

Since 1999, the NSW government has varied the scheme to allow claims in certain circumstances regardless of fault. Notably, any child under the age of 16 years is automatically entitled to recover treatment and care expenses, regardless of whether they were at fault.

The Motor Accidents Injuries Bill 2017 will implement a scheme which provides a combination of defined statutory benefits and modified common law entitlements.

It is estimated that approximately 90 percent of injured persons will only have entitlements under the statutory scheme, and will not qualify for common law damages.

To that end, the legislation seeks to differentiate between “minor injuries’’ and other injuries.

The definition of a “minor injury” will be critical to the implementation of this legislation as that definition will determine which injured persons can access statutory benefits after six months, and ultimately, identify those who will be entitled to common law benefits.

The new scheme will provide statutory benefits for a period of six months for all injured persons, regardless of fault.

Entitlement to benefits after this period will depend on the fault of the party and whether the injury is a “minor injury”.

The main features of the new scheme with respect to entitlements are as follows:

Statutory benefits – compensation paid in the form of regular payments (such as weekly wages payments) or as the loss is incurred (in respect of treatment expenses), as opposed to a lump sum.

• an entitlement to statutory benefits (treatment expenses and wage loss) will be available to all injured persons for the first six months following the accident, regardless of whether the accident was caused by the fault of the injured person

• an entitlement to statutory benefits will be available for up to two years for most injured persons who were not at fault. Entitlements will usually only extend beyond two years in cases involving moderate to serious injuries or death

• weekly payments for wage loss will be payable at a rate to be determined with reference to the person’s pre-accident earnings and the length of the period during which the benefits are paid. The method of calculation of benefits will be similar to the method used in the NSW Workers’ Compensation system

• if the death of a person results from a motor accident, statutory benefits will be payable in respect of reasonable funeral expenses

• lifetime care and support will be available for long term treatment and care requirements (for those not at fault). It will no longer be possible to settle these entitlements as a lump sum payment

Common Law – entitlement to seek a lump sum payment of compensation for “pain and suffering” and/or loss of future wages.

·         For those who are eligible, wage loss and “pain and suffering” can be claimed

·         Caps and thresholds have not changed significantly from the current scheme

It is anticipated that the new scheme may create new obstacles for injured persons as they attempt to access their entitlements.

Not least will be the lack of clarity which is expected to surround the definition of “minor injury”.

Although the Bill provides a definition for what is a minor injury and provides examples of what may not constitute a minor injury, the definition does not address common scenarios such as an aggravation of a pre-existing condition.

The application of this definition may significantly affect injured persons’ access to entitlements.

The finer points of the scheme’s implementation are yet to be finalised.

The new scheme will bring new claim forms, changes in the applicable time limits, and a new dispute resolution service to deal with medical and other disputes, and which will be established later this year.

It is clear that once the Motor Accidents Injuries Bill becomes law, the road ahead for injured persons will be more complex than ever before.

More than ever it will be essential to obtain timely legal advice from an expert specialising in this area.

*Tess Danjoux is a senior associate at Marsdens Law Group and an accredited specialist in personal injury law. Contact Ms Danjoux by calling 4626 5077 or email tdanjoux@marsdens.net.au

More than 40 years experience in the news media, most of them as editor of local newspapers across the Sydney metro area, but a few years working as a sub-editor with the metros. Lots of awards, both as a reporter and editor, but says he values just as much Community Service Awards from Campbelltown City Council in 2004 and 2016. Took a voluntary redundancy in 2014 from Fairfax Community Newspapers after 21 years there. Loves the digital world, because ''there's no question it's the future''. Eric promises his hard hitting but fair approach won't change when he reports the news via cyber space.
View all posts by Eric Kontos
Bearded bakers will be cooking up serious message on fires tonight and Sunday
Bowel cancer: early diagnosis via screening kit best defence