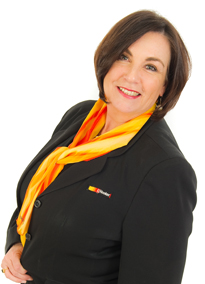 I don’t know if feud is the right word for it, maybe Mexican standoff is closer to describing the spat between the Camden chamber of commerce and Camden Council and in particular the mayor, Lara Symkowiak. I am told it goes deeper than the chamber’s general meeting on September 3 when the chamber executive and the guest speaker, Mayor Symkowiak herself, well, exchanged some pleasantries. The chamber president, Miriam Roberts, a few days after the eventful meeting sent a note to all members of the chamber to explain what she and her executive thought had happened with the mayor at the September 3 meeting. The South West Voice, naturally, picked up a copy that fell off the back of a truck.

“If you attended our September general meeting you heard the Mayor complain of her treatment by your Chamber Executive,’’ Ms Roberts wrote in her note to members.

“In the absence of any communication from Camden Council or the Mayor’s office your executive felt strongly that you deserved an explanation of events as we know them.’’

It seems plans to record the meeting, with the mayor as the guest speaker, may be the main reason behind what happened when Councillor Symkowiak addressed the chamber and was critical of its executive. On the day of the meeting the mayor requested that the meeting not be recorded, but the chamber stood its ground.

“We have worked hard to engage with council. Yes that engagement has included us questioning matters, researching alternatives and listening to a broad range of feedback from a variety of interested community groups, organisations and individuals,’’ Ms Roberts said in the note to members.

“We have done so transparently, with mutual respect and honesty. We fail to see how recording the Mayor’s presentation on such a critical public matter could be offensive.’’ There was more, much more, but you get the drift.

FOR years now this journalist has been trying to tell anyone who would listen that the Macarthur area is the natural future home of the Wests Tigers. It won’t happen overnight – Rome wasn’t built in a day – but there’s no other logical conclusion when you have a decent look at the situation. Just go and look at Leichhardt Oval and you will be convinced too that it’s just a matter of time. So I was chuffed to read a column by former Magpies mentor Roy Masters, who finished his piece by saying that once a new board was in place and appointed to replace Mick Potter, the club can start “its inevitable journey to the Macarthur area’’. Spot on, Roy.

IT will be back to the future on Wednesday, October 15 when Mark Latham fronts up as the guest speaker at the Campbelltown Chamber of Commerce. He was a regular at functions around the place back when he was the Member for Werriwa, but after losing the 2004 election to John Howard and chucking it all in he went into his shell a bit, so it’s good to see him slowly coming back into public life. He’s still young enough, so who knows, maybe there’s even a political comeback in there somewhere. If we get a chance we’ll ask him on the night. If you want to go to the chamber meeting, at Tabcorp Menangle, go to the chamber’s website for more information.

More than 40 years experience in the news media, most of them as editor of local newspapers across the Sydney metro area, but a few years working as a sub-editor with the metros. Lots of awards, both as a reporter and editor, but says he values just as much Community Service Awards from Campbelltown City Council in 2004 and 2016. Took a voluntary redundancy in 2014 from Fairfax Community Newspapers after 21 years there. Loves the digital world, because ''there's no question it's the future''. Eric promises his hard hitting but fair approach won't change when he reports the news via cyber space.
View all posts by Eric Kontos
Winged keel, penalty shootout and supercoach
Intermodal plans deeply flawed: Mayor