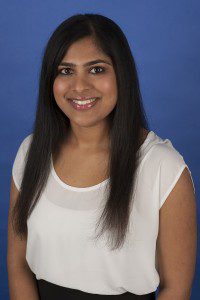 Referendum: the Labor candidate for Holsworthy in the next state election in March 2015, Charishma Kaliyanda.

The Labor candidate for Holsworthy, Charishma Kaliyanda, has challenged sitting member Melanie Gibbons to support Labor’s legislation requiring the NSW Government to take the privatisation of electricity and water assets to voters through a referendum.

The bill – the State Energy and Water Utilities Protection (Referendum) Bill 2014 – was introduced into the NSW Parliament by Labor and will “ensure that our valuable electricity and water assets are not able to be privatised without the approval of the majority of the people of NSW.

“The Baird Liberal Government has said it plans to privatise our electricity poles and wires after the next election – something that will increase electricity prices for families and rob the state of over a billion dollars each year that funds infrastructure, hospitals and schools,” Ms Kaliyanda said.

“There is only one way that the Liberals can claim they have a mandate for the privatisation of the state’s electricity network and that is through a dedicated referendum held outside of an election campaign,” said Ms Kaliyanda.

“The electricity network represents decades of public investment in infrastructure that returns over a billion dollars each year to pay for building and maintaining schools, hospitals, roads and pays the wages of teachers, nurses and police.

“These are valuable public assets and the future of these assets should be determined by the people of NSW through a referendum.

“Every poll commissioned has clearly shown the majority of the community oppose privatising these critical public assets.

“The public deserves the right to carefully scrutinise the Liberals’ plan to privatise the electricity network through a referendum process.

“There are many questions that need answers about the impact this privatisation will have on family energy bills, reliability of the network and the cost to the NSW Budget.

“These are core public utilities and the consequence of privatising these assets is that the decision can really never be reversed.

“Once these assets are sold, they are gone – along with all the financial benefits to the people of NSW to pay for essential services like schools, hospitals and roads.

“The Auditor General has confirmed that the state’s electricity assets return $1.7 billion to the NSW budget to fund essential infrastructure and services. Under the Liberals’ plan to privatise the assets, at least $1.2 billion in dividends and income would be handed over to a for profit private company each year.”

More than 40 years experience in the news media, most of them as editor of local newspapers across the Sydney metro area, but a few years working as a sub-editor with the metros. Lots of awards, both as a reporter and editor, but says he values just as much Community Service Awards from Campbelltown City Council in 2004 and 2016. Took a voluntary redundancy in 2014 from Fairfax Community Newspapers after 21 years there. Loves the digital world, because ''there's no question it's the future''. Eric promises his hard hitting but fair approach won't change when he reports the news via cyber space.
View all posts by Eric Kontos
Nominate a local hero for Australia day honour
Sport event cash up for grabs