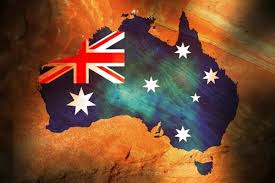 Nominations for Campbelltown City’s 2015 Australia Day Awards have been extended until this Friday, November 28, so be quick to nominate someone who you think deserves recognition for their valuable contributions to the community.

Nominees must be Australian citizens who live in the Campbelltown Local Government Area. Community organisations must be based locally.

Mayor of Campbelltown, Cr Paul Lake, said nominating outstanding community members or local organisations was a way of giving them the recognition they deserved.

“Our city has many big-hearted, inspirational and talented people who make us proud to call Campbelltown home,” Cr Lake said.

“Being nominated for an Australia Day Award is a huge honour, and a chance to reflect on all the great people who contribute to our city in so many extraordinary ways.

“Australia Day is a fantastic opportunity to recognise the wonderful achievements and contributions made by so many of our local groups and individuals, so tell us what’s great about someone you know and nominate them for an award today,” Cr Lake added.

The winners will be announced as part of Australia Day celebrations on January 26, 2015.

More than 40 years experience in the news media, most of them as editor of local newspapers across the Sydney metro area, but a few years working as a sub-editor with the metros. Lots of awards, both as a reporter and editor, but says he values just as much Community Service Awards from Campbelltown City Council in 2004 and 2016. Took a voluntary redundancy in 2014 from Fairfax Community Newspapers after 21 years there. Loves the digital world, because ''there's no question it's the future''. Eric promises his hard hitting but fair approach won't change when he reports the news via cyber space.
View all posts by Eric Kontos
Another half century to Gibson pushes season tally over 600
Poll before power, water sell-off, says Labor candidate