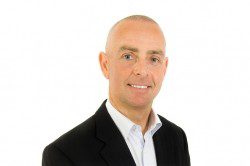 The sitting Liberal Member for Camden, Chris Patterson,who was first elected in 2011, has accepted the offer from the South West Voice to state why he should be supported at Saturday’s election, and he writes:

My response – Why people should vote for me.

The People of NSW have clear choice.

The Baird Liberal Team has a plan to build the roads, rails, schools and hospitals that NSW needs.

Our plan is fully funded and we have a track record of delivering.

It is only the Baird Liberal Team that can deliver for the people of NSW.

They have offered no plans to keep NSW as the number one state in Australia.

The risk of returning to Labor threatens the future prosperity of NSW and would deny voters the infrastructure and service they desperately need.

More than 40 years experience in the news media, most of them as editor of local newspapers across the Sydney metro area, but a few years working as a sub-editor with the metros. Lots of awards, both as a reporter and editor, but says he values just as much Community Service Awards from Campbelltown City Council in 2004 and 2016. Took a voluntary redundancy in 2014 from Fairfax Community Newspapers after 21 years there. Loves the digital world, because ''there's no question it's the future''. Eric promises his hard hitting but fair approach won't change when he reports the news via cyber space.
View all posts by Eric Kontos
Top marks for grant to street university
Marsdens win on and off the field