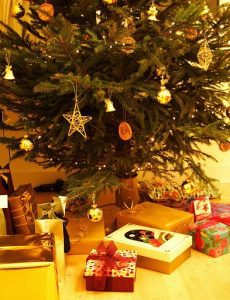 Please give generously to the Campbelltown Mayor’s Christmas Appeal.

The Campbelltown community is being encouraged to spare a thought for those less fortunate this festive season, and donate to the annual Mayor’s Christmas Appeal.

Items can be placed in the Christmas donation box, located in the main foyer of Council’s Civic Centre building, on the corner of Queen and Broughton Streets.Second hand or wrapped items are unable to be accepted.

Donations can also be left in collection boxes at library branches across Campbelltown City.

Mayor of Campbelltown, Cr George Brticevic, said the appeal had been running for more than a decade and took the pressure off struggling families and individuals at what should be a happy time of year.

“Christmas reminds us of the importance of our family, friends and community,’’ the mayor said.

“It is also a time when we are reminded to be thankful for what we have, and to be kind and generous to one another,” he said.

“My Christmas appeal gives the Campbelltown community the opportunity to help their fellow residents who can’t afford presents under the tree or a Christmas dinner share in the Christmas spirit.

“I encourage residents to support the appeal in whatever way they can, and give generously to assist people in need at this special time of year.”

Donations can be made until 4.30pm on Wednesday, December 21.

All donated items will go to the Macarthur Combined Churches to be distributed at their annual Christmas luncheon, held in the Campbelltown Civic Hall on Christmas Day.

For more information about the appeal, contact Council on 4645 4000.

For more information on the Christmas Day luncheon, including volunteer opportunities, contact the Macarthur Combined Churches on 4625 2618.

More than 40 years experience in the news media, most of them as editor of local newspapers across the Sydney metro area, but a few years working as a sub-editor with the metros. Lots of awards, both as a reporter and editor, but says he values just as much Community Service Awards from Campbelltown City Council in 2004 and 2016. Took a voluntary redundancy in 2014 from Fairfax Community Newspapers after 21 years there. Loves the digital world, because ''there's no question it's the future''. Eric promises his hard hitting but fair approach won't change when he reports the news via cyber space.
View all posts by Eric Kontos
Sponsorship plan to bring big time sport to Macarthur
Problem solved! Curran Public School team wins again