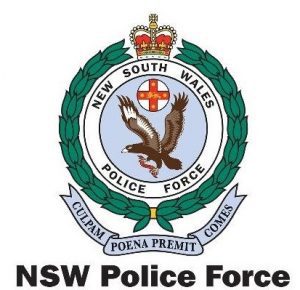 Police have charged two men and are trying to locate another two following a robbery in a Campbelltown park last night.

Shortly before 8pm (Friday, May 26), a 60-year-old man walked through Koshigaya Park at the corner of Hurley Street and Camden Road, when he was approached by a group of men.

The older man was allegedly assaulted by the group, causing him to fall to the ground. The assault continued and the man was robbed of his wallet.

The older man was assisted by a number of passersby who came to his aid and contacted emergency services.

NSW Ambulance paramedics attended and treated the man for facial injuries. He was taken to Campbelltown Hospital for treatment.

Officers from Campbelltown Local Area Command attended and arrested two men, aged 19 and 20, nearby. Both men were taken to Campbelltown Police Station and charged with aggravated robbery.

Both men were refused bail to appear at Parramatta Local Court today (Saturday, May 27).

As inquiries continue, detectives are appealing for any witnesses or anyone with information to contact Crime Stoppers on 1800 333 000.

♦ In other police news, a man has been charged following investigations into a home break-in at Harrington Park last weekend.

About 4.30am last Sunday May 21), police from Camden Local Area Command responded to reports of a break-in at a home in William Campbell Avenue.

Police were told a female resident disturbed two men inside the home before they ran off.

An 18-year-old man was arrested later that day and was charged. He was refused bail and was remanded to appear at Campbelltown Local Court on July 19.

Following further investigations, officers arrested a 17-year-old teen at a residence at Airds.

He was taken to Campbelltown Police Station and charged, before appearing at a children’s court.

More than 40 years experience in the news media, most of them as editor of local newspapers across the Sydney metro area, but a few years working as a sub-editor with the metros. Lots of awards, both as a reporter and editor, but says he values just as much Community Service Awards from Campbelltown City Council in 2004 and 2016. Took a voluntary redundancy in 2014 from Fairfax Community Newspapers after 21 years there. Loves the digital world, because ''there's no question it's the future''. Eric promises his hard hitting but fair approach won't change when he reports the news via cyber space.
View all posts by Eric Kontos
How 24 Hour Macarthur helps to provide the best cancer care in the state
Women with Altitude: who’s climbed high enough to win an award