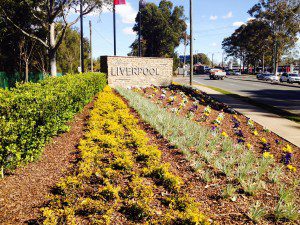 Liverpool is putting out the welcome mat for new businesses.

Liverpool Council is stepping up its drive for growth and more local jobs.

But it won’t forget those businesses which already operate.

Part two of its strategy calls for assistance to existing firms in the Liverpool area, to “link to programs and services delivered by federal and state governments’’.

This would help existing operators to “grow and innovate as well as improve their competitiveness’’.

As part of this, council is developing a comprehensive database of local firms and a small business advisory program, including an events calendar and business e-newsletter, small business week and a young entrepreneurs program.

Also, partnerships with the South West Business Enterprise Centre, Liverpool Hospital and TAFE have been formed and others are in the pipeline.

The target is the creation of around 1,500 new jobs every year, through 50 new business projects and around $200 million in capital investment in Liverpool.

Urban design, especially in the central business district, is also part of the city centre strategy which aims to stimulate commercial activity.

Initiatives already being implement successfully include the Liverpool Night Markets and the inaugural Starry Sari night.

Branding of Liverpool as an exciting destination is already under way with a 3D visualisation tool developed for the CBD and programs such as Surf Life Active, City Centre Banner program and My Wish for Liverpool chalkboards.

The final piece of the strategy puzzle is working with the state and federal governments to get infrastructure projects – and jobs – located in Liverpool.

By the end of June, Liverpool had met with 10 key government agencies to discuss the local area’s advantages.

And the NSW government has already announced that public service jobs would be decentralised and Liverpool would share in this.

But the big one is Badgerys Creek, located in Liverpool’s backyard and which is expected to see construction in 2016.

This would gradually provide a large jobs injection into the south west region and may be the catalyst for huge growth.

On your bikes, boys and girls
Catch The List on show