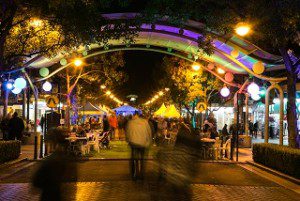 Liverpool City Council has come to the aid of local hip hop crew, The Pioneers, with a grant of $5,000 to assist their campaign at the World Hip Hop Dance Championships.

The Pioneers, a group of 28 dancers from Liverpool-based youth development project The Street University, are this week competing at the world championships in Las Vegas. They won the right to compete following a successful performance at the Australian competition earlier this year.

Liverpool Council voted to give the group the $5,000 grant at its meeting last week, after a call from the mayor, Ned Mannoun.

He said council was pleased to support The Pioneers and wished them well for the remainder of the competition.

“It gives Council great pleasure to be able to direct this funding towards The Pioneers, a home- grown success story and a fantastic Liverpool export, to help support their campaign at the World Hip Hop Dance Championships,” the mayor said.

“Many of us would have seen The Pioneers perform at the Liverpool Night Markets in July where they were a crowd favourite. We wish The Pioneers and their supporters the very best of luck in their efforts at the world championships and look forward to hearing about their achievements.”

Delise Kerehona from The Pioneers thanked Council for the grant, and said raising the $10,000 necessary to get the team to the championships had been a tough ask: “Raising the necessary money was a struggle right to the last minute, with transport costs in Las Vegas one hurdle we were yet to cover. We are grateful to Liverpool City Council, who stepped in with a generous donation of $5,000 to cover the transport expenses and help with food costs over the 12-day stay for the crew,” Kerehona said.

Since forming in January 2013, The Pioneers have risen to become one of the country’s most respected dance crews.

More than 40 years experience in the news media, most of them as editor of local newspapers across the Sydney metro area, but a few years working as a sub-editor with the metros. Lots of awards, both as a reporter and editor, but says he values just as much Community Service Awards from Campbelltown City Council in 2004 and 2016. Took a voluntary redundancy in 2014 from Fairfax Community Newspapers after 21 years there. Loves the digital world, because ''there's no question it's the future''. Eric promises his hard hitting but fair approach won't change when he reports the news via cyber space.
View all posts by Eric Kontos
Eagles flying high for Benny
A proper rant about email, the killer app that’s killing us