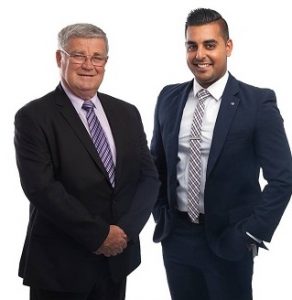 Community First Team leader Paul Lake says his experience will be vital when a frenzy of developments hits Campbelltown like a tsunami in the next four years.

Noted for his no nonsense approach, Cr Lake says he is running again to help provide the support and experience that will be required to manage the massive change on the way.

“Gilead will come on in the next four years and Menangle Park is in the hands of the people who own it; that’s more than 3,500 homes there,’’ he says.

“The state government want to further expand the population south and if that’s the case South Macarthur will take place in the next four years.

“There’s another 12,000 homes to go from Rosemeadow to the Appin border [with Wollondilly Shire],’’ Cr Lake says.

“My term went quite well, taking into consideration that it was a bit tense in that general manager Paul Tosi took ill and at the same time we had to replace him that year,’’ Cr Lake says.

“On top of that we were named regional city centre in that year in November, which was great.

“I think the rest of the year I did a reasonable job to promote the city about growth and infrastructure and what’s coming here,’’ he says.

Cr Lake was a strong, vocal even, supporter of the eight per cent rate hike – on top of the three per cent allowed by the government.

He does not resile from that stance when I ask him about it during our interview with him and his number two candidate, Josh Cotter, in Wests Leagues at Leumeah, where Cr Lake is a director of the board.

“That extra eight percent has gone to everything we said it would be spent on.’’

Cr Lakes says a business park to boost local jobs, a sports centre of excellence, construction of high rise residential apartments along the railway corridor, a new bridge over the railway at Broughton Street, a huge entertainment complex at Leumeah and a new road between Spring Farm in Camden and Campbelltown are some of the projects that are on the radar for the next four year term of council.

The proposed business park will be located on council land at Blaxland Rd and Farrow Road.

“The idea there is to either ground lease it or maybe build on it and lease the buildings out,’’ Cr Lake says.

“Getting the bridge across Broughton Street to connect with Badgally Road and then the road infrastructure around Queen Street to make traffic easier to flow is a priority because the railway corridor strategy is coming.

“The entertainment precinct plan for Leumeah will depend on money. It will be a private-public [PP] development with, maybe, Wests Leagues or somebody else,’’ Cr Lake says.

Paul Lake says he is offering himself for council but he hopes that the people of Campbelltown will also elect others on his ticket. 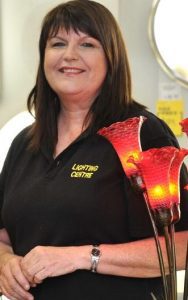 “So looking at the team on my ticket, and I know it’s hard for independents to get elected, but if we could get three up we would provide maturity, youth (Josh Cotter) and business experience (Anne Parnham, the former chamber of commerce president and owner of The Lighting Centre store in Blaxland Road).’’

My guess is that “Lakey’’ – as his mates call him – will hope to get young Cotter elected and then retire himself at the next election in 2020.

But Lakey is a little cagey when asked about it.

He’s more forthcoming in describing the credentials of his number two candidate.

“Josh has got a great presentation, he speaks well, he uses common sense, is well respected in the community and where he works, and comes from a great family,’’ Cr Lake says.

“Council needs an injection of youth and I’m hoping that if I am fortunate enough to get Josh elected to council then I can help him through the next four years to look forward to a longer career on council.

“I think we need younger people and we need sensible people on there and Josh fits that bill.’’

He went to Holy Family school in Ingleburn, and when his family moved to Glen Alpine from Minto he continued his schooling at Our Lady Help for Christians in Rosemeadow.

Josh then went to John Therry High School, where he ended up school captain.

He is currently the youth leadership development officer for the education office of the Catholic Church.

His office is right here in Campbelltown but he covers the entire Wollongong diocese, a massive area that stretches south to Ulladulla, north to Macquarie Fields and Glenfield, and all of Campbelltown and Camden, down to the Southern Highlands.

Josh says he hopes to get elected to become the go-to man for the young people of Campbelltown.

“You see things happening in the community, especially for young people, and their voices aren’t getting heard and you think these decisions are being made without any consultation with young people,’’ he says.

“It’s not the fault of anyone but young people don’t feel comfortable being able to go to someone whether it’s on Facebook or sending a text message or something to say, hey I’ve got a problem with a park down the road or the bus down to Wollongong Uni,’’ Josh says.

“They don’t know who to go and that’s where the missing link is and I’ve seen that going through school myself so that’s why I would like to get involved so I can be the person young people come to.

“But I also want to bridge that gap between our young people and our elderly and even the middle aged in our community.

“My main passion – which I developed at school – is working for young people and wanting to help out in the community in general and that’s what led me to doing what I’m doing now.

“I’ve also always had an interest in politics and current affairs and on Campbelltown with its young demographic and lots of young leaders,’’ Josh says. 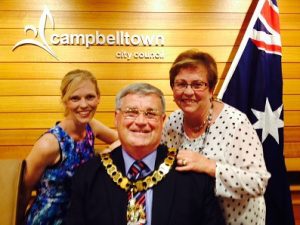 Paul Lake with his youngest daughter Karen and his wife Vicky just after being elected mayor in September 2014..

A few days after our interview I see on Facebook that Josh has hooked up with one of those young leaders, Natalie Wadwell, to discuss her push for an independent arts space in Campbelltown to complement the Campbelltown Arts Centre.

“There are disengaged young people out there who are looking for something to bring them out of their shell, music, art, whatever, get their start right here instead of the city,’’ Josh says.

He receives backing from Cr Lake, who says: “There’s a lot of things that can happen to the arts centre and different people have mentioned local artists being exhibited.

“I think we use the stadium for a lot of your young people through various sporting events and it’s not restricted and the arts centre shouldn’t be restricted either.

“It costs a reasonable amount of money to run it so let’s make sure everybody benefits from it.

“The arts centre is here for all Campbelltown and the entire Macarthur region,’’ Cr Lake says.