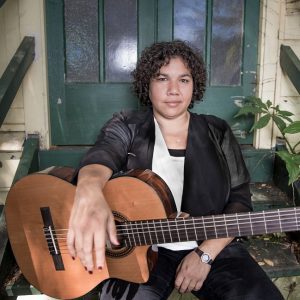 Jessie Lloyd today starts a 13 day residency at Campbelltown Arts Centre to develop a special concert as part of the Mission Songs Project.

Having recently released The Songs Back Home album under the Mission Songs Project moniker, Jessie has been touring the album for the past month to rave reviews, standing ovations and sold out festival crowds.

The aim of Mission Songs Project is to revive and make known Australian Indigenous songs with a focus on the songs of the Christian missions, state run settlements and native camps where Aboriginal and Torres Strait Islander people were relocated during the 20th century.

But from today at Campbelltown’s arts hub, Jessie Lloyd will focus on a concert titled Mission Songs Project – The Palm Island Strike of 1957.

The concert will be a tribute to the families affected by the demonstrations in support of human rights and fair wages on the island at that time.

One of the demonstration leaders was Jessie’s grandfather, Albie Geia.

His son Joe, who is also Jessie’s father, found his protest voice through song.

He is known as a pioneer in Australian Aboriginal music and is probably most widely recognised for his song Yil Lull.

Viewed by many as an Aboriginal anthem, Yil Lull has been recorded by the likes of Paul Kelly, Archie Roach and Jimmy Barnes.

It is this personal thread that will inform Jessie’s exploration through song.

She will be joined at the centre by her father Joe, as well as several other notable indigenous musicians and singers to create this special living document.

“Mission Songs Project is only scratching the surface,” says Jessie.

“The CAC residency is a nurturing opportunity allowing me to dig deep and explore the length and breadth of this unique musical history and its influences on contemporary Indigenous music today.’’

“I believe the outcome will be a significant contribution to our cultural heritage and national identity,” says Jessie, who will be in residence at the centre until April 29.

“The Mission Songs Project tells important stories of our country’s history and generously shares them with future generations.”

Mission Songs Project—The Palm Island Strike of 1957, will be showcased at a free community event at Melbourne Town Hall on May 7, as part of the Yirramboi First Nations Arts Festival. 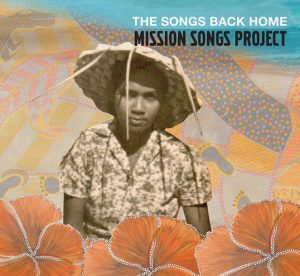 More than 40 years experience in the news media, most of them as editor of local newspapers across the Sydney metro area, but a few years working as a sub-editor with the metros. Lots of awards, both as a reporter and editor, but says he values just as much Community Service Awards from Campbelltown City Council in 2004 and 2016. Took a voluntary redundancy in 2014 from Fairfax Community Newspapers after 21 years there. Loves the digital world, because ''there's no question it's the future''. Eric promises his hard hitting but fair approach won't change when he reports the news via cyber space.
View all posts by Eric Kontos
Hunt for man over Good Friday shooting of Glenfield teenager
Think before you post on social media