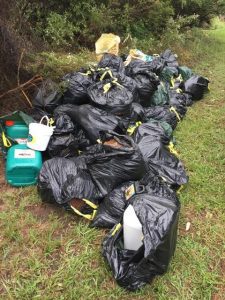 ♦ One of our spies couldn’t help but stop to investigate when he drove past this big bunch of plastic rubbish bags on Ben Lomond Road, near Hansens Road at Minto Heights.

Our spy pulled over and poked through the bags to find that the whole lot had belonged to a very large hydroponic marijuana operation.

It looked like the plants had been harvested, and the roots of the plants put in bags with some of the equipment and dumped on the side of the road.

A call was put through to the local cops and sure enough the next day there was police tape around the “evidence’’.

We are still waiting to hear if the police have managed to extract any fingerprints from the bags. 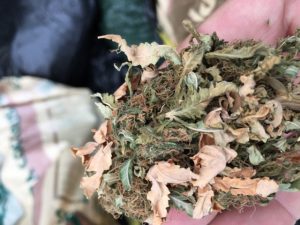 As for our spy, who was super impressed by the sheer quantity,naturally he insisted on staying anonymous on this tip off, and anonymous he shall stay.

♦ Campbelltown councillors last week received a memo via email to tell them that a media release was going out on the announcement of a bid for an A-League club.

Councillors were told to note that the mayor was the only spokesman on the A-League media release.

As for the media release, the councillors had to go to the media to read it, as they didn’t get a copy along with the memo.

♦ The first thing the team at Sadek Motor Group will do when they open their doors in the New Year will be working hard for one of our great charities.

On Saturday, January 6, 2018, the Elderslie dealer (66 Camden Valley Way) will raffle off a car, with 100 percent of the proceeds going to the Kids of Macarthur Health Foundation.

Denise McGrath, CEO of the foundation, is naturally happy for the support.

“We are very grateful for this opportunity and the support that Sadek are giving to our foundation,” she said.

“We are looking forward to the grand opening day to see who the lucky winner will be.

“It looks like the Sadek team have an action packed grand opening day planned,” she said.

Raffle tickets are on sale now from the Kids of Macarthur Health Foundation’s gift wrapping stall at Macarthur Square. Tickets are $5 each or three for $10, so please be generous. 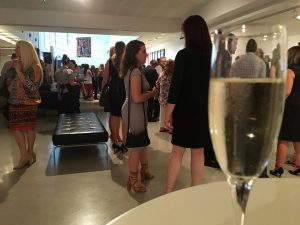 ♦ The repartee between senior partner Jim Marsden and managing partner John Adams is becoming one of the endearing new traditions of the biggest corporate Christmas party in South West Sydney.

The party is always held in the Campbelltown Arts Centre and attracts a large number of people.

These days the Marsden-Adams duet runs a bit like this: “Addo’’ takes the microphone and complains that Jim is so worried about being upstaged he gives him very little notice that he will be introducing him.

Jim gets to the microphone and the first thing he says is, “there’s nothing Addo can say that will be better than my speech’’.

For many years the speech was made by the founder of the Marsdens Law Group, John Marsden, and it was always something guests looked forward to.

After John passed away, “little brother’’ Jim took on the task and has made it his own.

With a little help from “Addo’’. 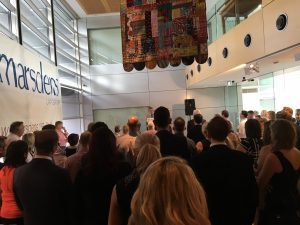 More than 40 years experience in the news media, most of them as editor of local newspapers across the Sydney metro area, but a few years working as a sub-editor with the metros. Lots of awards, both as a reporter and editor, but says he values just as much Community Service Awards from Campbelltown City Council in 2004 and 2016. Took a voluntary redundancy in 2014 from Fairfax Community Newspapers after 21 years there. Loves the digital world, because ''there's no question it's the future''. Eric promises his hard hitting but fair approach won't change when he reports the news via cyber space.
View all posts by Eric Kontos
Campbelltown Council kicks a goal with bid for A-League club
Affordable fine dining: Bellbird set to shake up local restaurant scene