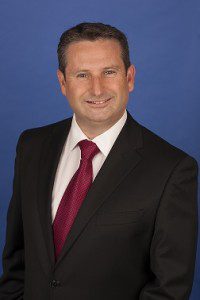 A Campbelltown Koala Taskforce will be set up to bring together stakeholders with responsibility for protecting the koalas, ensuring that plans and infrastructure are in place that will protect the colony into the future.

A NSW Labor Government will allocate $1 million to fund the infrastructure and program recommendations of the Taskforce.

“We are very fortunate to have Sydney’s last remaining koala colony on our region’s doorstep but that also means we are the custodians of protecting their future – it’s time for us to take action,” Mr Warren said.

“I’ve had hundreds of conversations on doorsteps, at train stations and on street corners with members of our community who want to see our koala colony not just survive but thrive.

“I’ve been putting forward a strong case for more to be done to ensure that our koala colony has a prosperous future.

“I’m very pleased to be able to announce that a NSW Labor Government will bring key stakeholders together and convene a Campbelltown Koala Taskforce to map out a plan of action to help our koala colony.

“The Taskforce will have access to $1 million in funding to implement key recommendations for programs and infrastructure that will protect our koala population.

“A Labor Government will work with Campbelltown City Council to finish the council’s Koala Plan of Management and then implement its recommendations for programs and infrastructure.

“The Taskforce will have a deadline of one year to complete the plan and start the implementation of the key recommendations.

“Labor has a plan to ensure that a national icon and a local treasure will prosper in Campbelltown for many years to come.”

The Campbelltown Koala Taskforce will be convened by the Minister for the Environment and include representatives from:

Australian Army (as owners of Holsworthy Army Base, a key part of the koala’s habitat);

The Taskforce will work with Campbelltown City Council to ensure the Koala Plan of Management is completed and its recommendations delivered.

Issues that will be addressed include:

dog attacks, limiting attacks especially by assisting householders to ensure koalas have escape routes if caught in a backyard;

clearing controls on key habitat; and

appropriate bushfire management, that minimized impacts on the koala population.