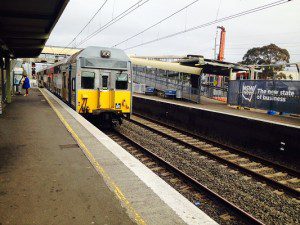 Liverpool Council will pull out all stops in a bid to win an express train service between Liverpool and Sydney City.

Speaking at council’s November meeting last night, Liberal councillor Mazhar Hadid said the service between Liverpool and the city was now slower by more than 10 minutes than it was when the railway line was electrified  decades ago.

“This is about fixing up things after 30 years of neglect in Liverpool,’’ Cr Hadid said.

“This is not a political move, this is for the people of Liverpool, who have been neglected for so many years.

“It’s now our turn to get what we need.

“It’s our time to deliver to the people of the south west,’’ Cr Hadid said.

Tabling a notice of motion calling on the State Government to provide an express train service, Cr Hadid said he had been talking to the premier of NSW, Mike Baird only a day earlier.

“I told him what we wanted because I believe to advocate on behalf of the people of Liverpool is my duty to do so.’’ 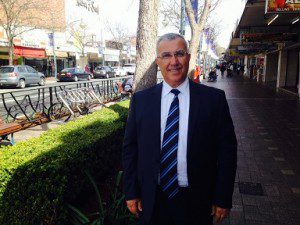 Councillor Mazhar Hadid says push for express train service for Liverpool is only the start to undoing 30 years of neglect.

Cr Hadid, who is the Liberal Party’s Liverpool candidate for the March state election, essentially tipped a bucket on sitting member Paul Lynch, but without mentioning his name.

Mr Lynch has been the state member for Liverpool for 20 years.

Cr Hadid’s plan, which received majority support when put to the vote, also calls on council to circulate a petition advocating for an express train service between the city and Liverpool.

His plan notes that with the opening of the south west rail link next year more services will be arriving in the Liverpool CBD.

More than 40 years experience in the news media, most of them as editor of local newspapers across the Sydney metro area, but a few years working as a sub-editor with the metros. Lots of awards, both as a reporter and editor, but says he values just as much Community Service Awards from Campbelltown City Council in 2004 and 2016. Took a voluntary redundancy in 2014 from Fairfax Community Newspapers after 21 years there. Loves the digital world, because ''there's no question it's the future''. Eric promises his hard hitting but fair approach won't change when he reports the news via cyber space.
View all posts by Eric Kontos
Ninja economy of a mutual kind
All roads lead to Tabcorp Menangle for the 2014 Miracle Mile