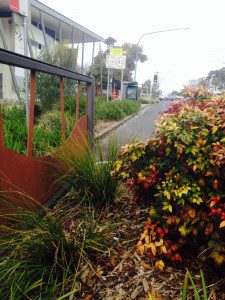 Motorists are still breaking the law at school zones.

More than 1000 drivers have been detected breaking the law in school zones – some at high speeds – during a state-wide traffic operation.

In total, 1023 people were detected for school zone offences, including speeding through the 40km/h speed zones, 934 were caught on their mobile phones, while 308 were stopped for not wearing a seatbelt.

“Our focus in school zones is about making sure that children, parents, teachers and support staff all get to and from school safely every day. To have drivers double parking, speeding or using phones whilst driving in school zones poses a significant threat to safety.

“We know that mobile phone use while driving is a key risk behaviour for road users, however, amazingly we detected more than 900 drivers on their mobile phones yesterday.

“Similarly with seat belts, it is a fairly simple task and a key to safety to put on a seat belt, however officers still intercepted over 300 motorists not wearing one.

“Traffic and Highway Patrol will continue to run similar operations to ensure all motorists get the message; distraction, speed and not wearing a seatbelt puts yourself and others at serious risk on our roads.’’