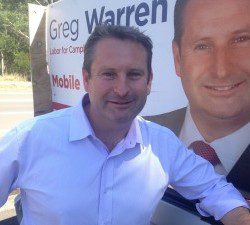 Bryan Doyle’s term as the Liberal member for Campbelltown has come to an end after four years in the job, with early voting figures showing  Greg Warren on course to reclaim the seat for Labor.

While Mike Baird’s government looks set to be returned with a reduced majority, Labor has reclaimed part of the south west  of Sydney, with Campbelltown councillor Anoulack Chanthivong poised to become the next member for Macquarie Fields.

With 14,219 votes counted, Mr Chanthivong is receiving 52 percent of the vote or 7,473, with former federal Liberal MP and long distance runner Pat Farmer bringing up the rear after garnering just 36 percent or 5,121 votes.

But the Liberals are certain to record strong victories in holding on to Holworthy (previously known as Menai), Camden and Wollondilly. 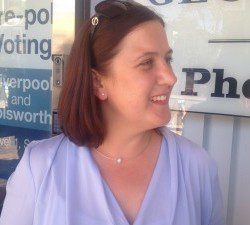 Sitting member Melanie Gibbons, a strong local advocate in the past four years, looks to have easily held on, getting so far almost 52 per cent of the votes counted, or 7,339.

The Labor Party’s young candidate, Charisma Kaliyanda, who ran an impressive first campaign, has so far got 4,795 votes, or 33.7 per cent.

In Camden Chris Patterson is receiving a whopping 66 per cent of the vote, with 6,073 votes counted so far.

In Wollondilly, Minister for Mental Health Jai Rowell  will easily be returned after getting almost 60 per cent of the votes counted so far – 13,500. Labor is tracking around the 23 percent mark at this stage and looks to have no hope.

The count was lower than other seats but even still, the Liberal Party’s Mazhar Hadid was receiving just 21.2 percent  of the vote, with Lynch, who has held the seat for 21 years, getting more than 60 per cent of the votes counted so far.

More than 40 years experience in the news media, most of them as editor of local newspapers across the Sydney metro area, but a few years working as a sub-editor with the metros. Lots of awards, both as a reporter and editor, but says he values just as much Community Service Awards from Campbelltown City Council in 2004 and 2016. Took a voluntary redundancy in 2014 from Fairfax Community Newspapers after 21 years there. Loves the digital world, because ''there's no question it's the future''. Eric promises his hard hitting but fair approach won't change when he reports the news via cyber space.
View all posts by Eric Kontos
Marsdens win on and off the field
Greg Warren MP promises to listen to you