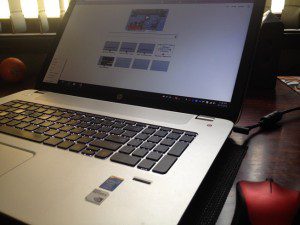 The hacking of many of the world’s biggest companies is leading to complacency among small-to-medium-sized business owners on the threat of cyber attack as SMEs assume cyber criminals by-pass smaller operators in favour of household names.

With 70 per cent of Australian and New Zealand small-to-medium-sized businesses the victims of hacking each year, the Know Risk Network says headlines highlighting attacks to major names masks the need for business owners to protect themselves from threats to their online operations.

“In the past two years, companies including Sony, Target, EBay, JP Morgan, Home Depot, Apple, and Domino’s have made headlines as victims of large-scale cyber-attacks. What many business owners in Australia and New Zealand don’t realise is that we are currently losing $1.7 billion from systematic attacks against SMEs,” said Know Risk spokesperson Thomas Wills.

“Small businesses are more vulnerable and often don’t have the tightest security systems in place. They are seen as easy targets for cyber criminals.

“What is even more concerning is that research from British Telecom shows that 71 per cent of businesses will be hit more than once, so this is an ongoing issue that SMEs need to address.

The growing number of hacking and cyber-attack cases has spurred the innovation of cyber insurance, which insurers have extended to cover losses from hacking to suppliers, internet shut downs and damage to reputation.

To highlight the risk of cyber-attack to SMEs in Australia and New Zealand, the non-profit Know Risk Network has produced a video to improve awareness. Know Risk thanks the Australian Insurance Association for its support of this initiative.

Know Risk is an independent, non-profit practical risk and insurance information initiative developed with the support of community and emergency groups, insurers and risk experts.

More than 40 years experience in the news media, most of them as editor of local newspapers across the Sydney metro area, but a few years working as a sub-editor with the metros. Lots of awards, both as a reporter and editor, but says he values just as much Community Service Awards from Campbelltown City Council in 2004 and 2016. Took a voluntary redundancy in 2014 from Fairfax Community Newspapers after 21 years there. Loves the digital world, because ''there's no question it's the future''. Eric promises his hard hitting but fair approach won't change when he reports the news via cyber space.
View all posts by Eric Kontos
Georges River star attraction of regional city Liverpool
Community facilities work lands $400,000 grant