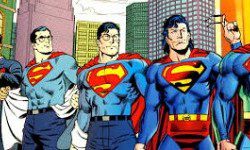 Pencils will be blazing for HJ Daley Library’s annual Free Comic Book Day, with a superhero drawing workshop, live drawing and five minute sketches all forming part of the fun.

The Campbelltown library will host a range of activities for people of all ages this Saturday, May 2, between 10am and 3pm, as part of a worldwide celebration of comic books.

Mayor of Campbelltown, Cr Paul Lake, said the popular event was a great day out for the whole family.

“Free Comic Book Day forms part of our library’s diverse program of events and activities and is a chance to celebrate the comic book art form more widely in the community,” Cr Lake said.

“With a fantastic program of fun activities, including character meet and greets, you’ll be channeling your inner superhero in no time.”

You can also visit the official Free Comic Book Day website at www.freecomicbookday.com

More than 40 years experience in the news media, most of them as editor of local newspapers across the Sydney metro area, but a few years working as a sub-editor with the metros. Lots of awards, both as a reporter and editor, but says he values just as much Community Service Awards from Campbelltown City Council in 2004 and 2016. Took a voluntary redundancy in 2014 from Fairfax Community Newspapers after 21 years there. Loves the digital world, because ''there's no question it's the future''. Eric promises his hard hitting but fair approach won't change when he reports the news via cyber space.
View all posts by Eric Kontos
Harlequins, Kiwis honour Anzacs with rugby challenge
Anzac Day casualties and other noise