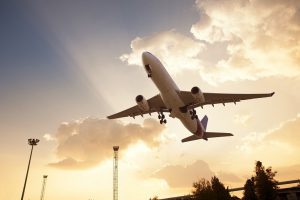 $11 billion boost: Infrastructure Australia has announced the findings of its assessment of the business case of an airport at Badgerys Creek.

The Western Sydney airport would provide a net benefit to the Australian economy of $11 billion.

And most of that would flow to the local economy in west and south west Sydney.

Infrastructure Australia has announced this morning that its assessment of the Western Sydney Airport Business Case found the airport at Badgerys Creek would deliver net benefits to the Australian economy.

“The Business Case finding is that the project would deliver in excess of $11 billion to the national economy.

“It will create jobs, encourage investment and be a source of economic growth for decades to come.

“Infrastructure Australia’s assessment of the Business Case is yet another important step towards making a Western Sydney Airport a reality,’’ Mr Fletcher said.

“Airport business cases are rare globally and this represents a major project milestone.’’

Construction is expected to commence in 2018, with operations beginning in the mid-2020s.

The business case estimates the cost of the Stage 1 development at around $5 billion.

Before earthworks begin, work will continue to be undertaken to prepare the site and ensure meticulous implementation of the strict environmental conditions ahead of any development, including heritage management activities, biodiversity offsets and the $10 million seed collection program.

♦ A summary of the business case will be available on the Western Sydney Airport website here.

More than 40 years experience in the news media, most of them as editor of local newspapers across the Sydney metro area, but a few years working as a sub-editor with the metros. Lots of awards, both as a reporter and editor, but says he values just as much Community Service Awards from Campbelltown City Council in 2004 and 2016. Took a voluntary redundancy in 2014 from Fairfax Community Newspapers after 21 years there. Loves the digital world, because ''there's no question it's the future''. Eric promises his hard hitting but fair approach won't change when he reports the news via cyber space.
View all posts by Eric Kontos
Drugs supply: Seven arrested during operation
Never been easier to get tested for HIV