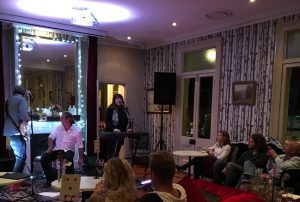 Camden’s Argyle Street will be transformed when the first ever Live and Local music festival kicks off from 2pm this Saturday, June 17.

More than 30 local and renowned musical performers will entertain crowds at 12 venues in the main street of the historic town centre between 2pm and 6pm.

Venues including well known local names such as upstairs@freds, Back Galley Café, BarEnz and Village Court.

The Camden Council initiative has attracted a list of high profile local performers and showcases emerging local artists and groups including young bands such as The Shang and Ayden Reeves.

Award winning country music singer and songwriter, Christie Lamb will take to the stage in a duo with guitarist, Jonathan English.

Christie’s latest album was number one on the official Top 20 Country Chart and he has toured extensively, opening for Lee Kernaghan, taking to the stage with Keith Urban and touring with The Wolfe Brothers.

Camden’s own Luke Koteras will entertain the crowd with his acoustic guitar playing and vocal talent.

The former The Voice TV contestant has toured internationally and joined the stage with famous artists including Renee Geyer, Michael Duchesne, Chris Sebastian and Lionel Cole, to name a few.

Venues for the performances will include traditional and non-traditional live music places, cafes, restaurants, retail shops and courtyards in and around Argyle Street, Camden with special deals offered for this event.

“This unique festival will showcase the diverse musical performers of our area as well as the variety of venues and shops in the Camden town centre,” says Mayor Lara Symkowiak.

“This is an exciting opportunity to promote Camden as a cultural tourist destination for live music in the region,” Cr Symkowiak said.

“People of all ages will be able to enjoy an eclectic range of musical styles and performances and get a taste of the variety that Camden musical talent has to offer with original and popular music,” she said. 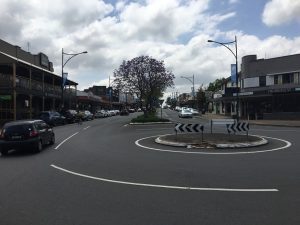 More than 40 years experience in the news media, most of them as editor of local newspapers across the Sydney metro area, but a few years working as a sub-editor with the metros. Lots of awards, both as a reporter and editor, but says he values just as much Community Service Awards from Campbelltown City Council in 2004 and 2016. Took a voluntary redundancy in 2014 from Fairfax Community Newspapers after 21 years there. Loves the digital world, because ''there's no question it's the future''. Eric promises his hard hitting but fair approach won't change when he reports the news via cyber space.
View all posts by Eric Kontos
Hume Highway crash claims life of 60 year old driver
Digital farmhand: robot could be game changer on the land