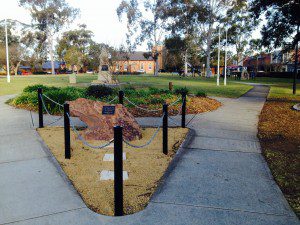 Do you have a prize winning garden?

There is still time for local green thumbs to enter this year’s Campelltown City Garden Competition and have a bash at winning some of the prizemoney on offer.

This year there are 12 categories for entrants to choose from, with the introduction of the Anne Haddock Best Cottage Garden category.

Entries in this event close on Monday, September 8 and judging will take place between 15 and

The winners will be announced  at a ceremony to take place in October at a date to be confirmed.

More than 40 years experience in the news media, most of them as editor of local newspapers across the Sydney metro area, but a few years working as a sub-editor with the metros. Lots of awards, both as a reporter and editor, but says he values just as much Community Service Awards from Campbelltown City Council in 2004 and 2016. Took a voluntary redundancy in 2014 from Fairfax Community Newspapers after 21 years there. Loves the digital world, because ''there's no question it's the future''. Eric promises his hard hitting but fair approach won't change when he reports the news via cyber space.
View all posts by Eric Kontos
Japanese flavour to Riverfest ’14
Festival fun on the way