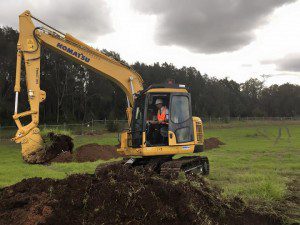 You’ve got to hand it to Liverpool for getting the Wests Tigers to express an interest in the Carnes Hill sport centre of excellence.

It’s still not a done deal because Liverpool’s centre of excellence may not be a starter at all if the council isn’t successful in getting the $10 million from the state government. Indeed the club has just issued a press release saying they are have a short list of two council proposals for a sport centre of excellence to replace Concord.

Either way, Liverpool has won the media war, once again.

Take no prisoners – that’s the strategy from Liverpool, and good luck to them because it seems to be working so far.

As far as Campbelltown is concerned it is entitled to feel disappointed, especially since it was only a few weeks ago Wests Tigers said they were still considering all their options for a new home as their administration and training centre.

The comment from them was published here, in the South West Voice, which published a story about Campbelltown’s planned sport centre of excellence.

Mayor Paul Lake said in the article that the Wests Tigers would have been welcomed to use the centre but it would not have mattered either way.

Let’s call a spade a spade: relations between council and the Tigers have been frosty for a few years now.

This hasn’t helped things and it’s easy to see how Liverpool recognised the realities and swooped.

But let’s all calm down for a second and take a reality check:

Firstly, it’s worth remembering that even if the Liverpool sport centre of excellence gets up and running and the Wests Tigers are major tenants, they will still need to play four NRL games out of Campbelltown Stadium.

So it will mean the south west of Sydney – Liverpool and Macarthur – get to share the spoils of having an elite football club based in the area.

In a lot of ways the Tigers – and the Western Suburbs Magpies before them – should have adopted Liverpool a little more in the past 15 years.

It would have given them a much bigger catchment area in terms of a fan base and sponsorship potential.

Maybe this new board can finally see what the architects of the original joint venture could not, so this could actually be a very good move for the long term.

So let’s see past the momentary disappointment, which will no doubt be fuelled by a media frenzy, and cast an eye to the next five to 10 years. 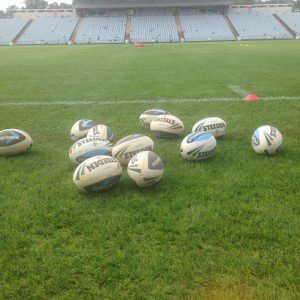 Campbelltown Stadium – and the Macarthur region – ought to be a big part of the Wests Tigers future.

The Wests Tigers training centre is at Carnes Hill, their administration office is at Oran Park and their  boutique, 25,000 seat, all weather stadium is at Leumeah. Most of the players now live locally and fans bump into them in shops and cinemas. The team makes the finals every year and has finally fulfilled its destiny to become the Brisbane Broncos of the Sydney metropolitan area. Once a year the club schedules a match as part of a Back to Leichhardt day.

If the new Wests Tigers board has a long term vision surely the above would be part and parcel of it.

Maybe this controversy over going to Liverpool is a good time for the board to let everyone else know what their vision is for the mighty Wests Tigers.

More than 40 years experience in the news media, most of them as editor of local newspapers across the Sydney metro area, but a few years working as a sub-editor with the metros. Lots of awards, both as a reporter and editor, but says he values just as much Community Service Awards from Campbelltown City Council in 2004 and 2016. Took a voluntary redundancy in 2014 from Fairfax Community Newspapers after 21 years there. Loves the digital world, because ''there's no question it's the future''. Eric promises his hard hitting but fair approach won't change when he reports the news via cyber space.
View all posts by Eric Kontos
It’s all about the buzz at Liverpool forum
Aussie back Wests Tigers coach Jason Taylor