You do not need to be seen as a savvy user of technology with your smart phone, tablet or even a smartpen. It’s the norm to be seen with this gear.

Will the age of the smart watch take the world by storm the way Apple did with the iPhone and iPad. Disclaimer: I am an Apple Fanboy. I have several Apple devices but I won’t line up for hours either. I use PC’s to run my business as well as Apple products for the mobile and portable options. Just preferred.

Being the nerd, the geek and lover of shiny things, wearable devices are now real. Remembering not so long ago wearable devices depicted in the utopian world of Star Trek are now real. With one noticeable difference. We aren’t exploring brave new worlds and not on any common course of discovery or common goal. There are too many distractions for that.

I might wait a bit and see how this all pans out. We have Apple possibly announcing the iWatch sometime this month with much conjecture on how it will look and when it might be available. The same thing they did with the iPhone. Which was a game changer; but makes sense. Release, get developers on board and by the time it is available in-store there is a whole new category of content on their App Store. 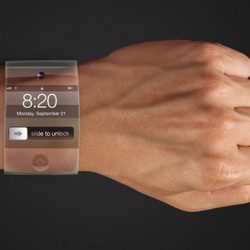 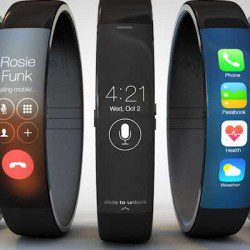 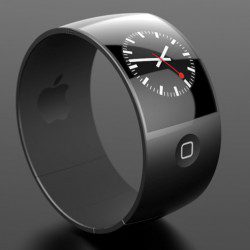 The main reason I won’t be going for it just yet, is I am already distracted enough. Whilst we could glance down and review something; I’m already doing this every morning on my phone and before bed. I’ve begun to realise I’ve made my iPhone my own personal virtual ball and chain. I do everything on it. Check mail, Facebook, Twitter, Pinterest, Post content to my websites, check statistics, listen to podcasts and so much more. Smart devices are awesome but crippling at the same time. I want out. I miss conversation, I miss real experiences and places.

The wearable smart watches will eventually be so affordable by many; you won’t be ‘too cool for school’. You’ll be like everyone else. I wonder whether there will be a divide, the cool kids versus the cooler kids. Let me explain. Whilst the great unwashed run around with their wearable awesomeness; you’ll have those wearing their A. Lang & Söhne, Piaget, Harry Winston and Rolex which all by the way “continue to excel and are showing no signs of slowing down
despite the potential added competition of the tech giants.”

“For instance, there was a 45 per cent increase in consumer interest on WorldWatchReport for the OMEGA Seamaster collection after the James Bond movie “Skyfall,” according to Digital Luxury Group Source.

What troubles me is I can see benefits of the convenience but it is a sad indictment on humanity that we are given an amazing gift of voice, hearing and sight and yet we squander opportunities to really see but choose to look down instead.

As a friend of mine once said, “We’ve lost ourselves to technology. We no longer look up into the sky and dream. Instead we look down; consumed in our own little bubble of nonsense and drama.” Well it went something like that. I may have embellished on it a little.

How often do you see a couple at a restaurant sit opposite each other and engage with their phone rather than those in front of them. I see it at events all the time. What on Earth is so important that you cannot give the speaker your full attention. Drives me crazy.

Don’t get me wrong, I love technology and how efficient it can make us and allow us to do things never thought possible. But at what cost? I think there will come a shift in user behaviour over time. It’s already started with some cafes and restaurants refusing to serve patrons on their phones. There are holiday destinations without power. I get to try that later this month. It’s called Glamping (Glamour Camping). That will be interesting. I think adding more layers (pun intended) of technology that is wearable we lose a part of being really sociable beings and reliant on unimportant things.