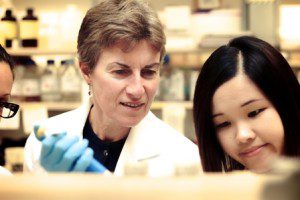 Year 11 students from schools across Campbelltown will be presented with a Victor Chang School Science Award for outstanding achievement in scientific studies.

Campbelltown Mayor, Councillor Paul Lake, will acknowledge the talented students in a ceremony next Thursday, November 13.

Professor Daniella Stock of the Victor Chang Cardiac Research Institute will also be there to congratulate the students on their success.

“Each and every one of these students has shown a dedication to science and a passion for discovery, and they all have the potential to go on to become Australia’s next science hero, just like Victor Chang,” Prof Stock said.

“It was Victor Chang’s enquiring mind and enormous talent that led to his pioneering work in the field of heart transplantation. These awards are a timely reminder that science is vitally important to our nation, in terms of both health and economic prosperity.”

The Victor Chang Cardiac Research Institute established the awards more than a decade ago, to foster and encourage an interest in science and careers in the field.

A report from the Department of Education, Employment and Workplace Relations showed that 94 per cent of Year 11 and 12 students were enrolled in science subjects 20 years ago, compared with just 51 per cent in 2010.

“A career in science can be hugely rewarding, and we at the Victor Chang Cardiac Research Institute are delighted to celebrate the great achievements of so many young people from Sydney’s South West,” Professor Stock added.

The winning students will be invited to tour the Victor Chang Cardiac Research Institute and learn from world class researchers.

The presentation of the awards on November 13 will start at 6pm in the Campbelltown Arts Centre.

The Victor Chang Institute is an independent, not-for-profit research facility, dedicated to the memory of cardiac surgeon Dr Victor Chang and his passionate belief in the power of discovery.  Founded in 1994, the institute has grown to become a world-class cardiac research and research training facility.  In Australia alone, heart conditions are responsible for the death of over 130,000 people annually with 400 new cases being added each week.