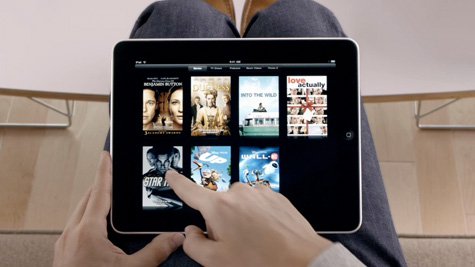 A digital revolution that is sweeping Australia is now occurring in our local area: the fondly remembered video store is closing up shop. The once bustling Video-Ezy chain is transforming into automated kiosks and sadly empty stores. Ever increasingly, Australians are venturing into the online realm for their movies, TV shows, music and books. With a decent Internet connection, a credit card and a few clicks of your screen, your favourite TV show can be binged watched to dawn. Glorious!

This online revolution is having more of a sputtering start than it should be. Whilst US content producers opened up their digital vaults to eager consumers early, local Australian media distributors were very hesitant. Lagging behind with restricted content and higher prices, Australian consumers took up the early habit of downloading their entertainment from non-paying sources such as Bit Torrent. Even with the increasing availability of legally available content, the Aussie piracy habit is a hard one to break.  Game of Thrones rogue downloading even became a diplomatic issue when the American ambassador entered the argument.

Apple, Google and Foxtel would love to see off piracy and get Australians increasingly on-board with paying for content. A worthy ambition, as movie makers and TV producers need to eat as well. Yet they are not helping their cause with the increasingly infamous ‘Australia Tax’. If you are not familiar with the term, your credit card certainly would be. The rule of thumb is whatever the cost of a movie or TV show is overseas, add up to 376% (according to Choice Magazine) for the Australian market.

As Australians we are accustomed to local price increases. There are legitimate reasons for this, the high retail costs, long shipping distances and the like. These arguments do fall away in the digital realm, where it’s very hard to explain for example why the online video game ‘Civilisation’ jumped in price by nearly double in one day when the ‘Australia Tax’ kicked into gear. Transparent pricing – far from it!

This is crazy stuff. Especially as the big players are really enticing us with multitudes of Blu-ray players , HD TVs, tablets, gaming consoles that are all primed for renting and buying content online. Ease of use is improving drastically, yet pricing policy lags very much behind. Adding salt into the wound are consumer lockout strategies such as the removal of Game of Thrones from iTunes and onto Foxtel exclusivity. That just pushes the attraction of pirate downloading.

We need local content distributors to offer widespread availability and fair pricing. It’s a global media market now. The good old days of Australia at the far-end-of-the-world and associated inflated pricing just doesn’t cut it in the Internet age.